Ukrainian designer Svetlana Bevza launched her eponymous label in 2006 and has since proved that the concept of minimalism is truly inexhaustible. Minimalism can be aristocratic, like in Bevza F/W 2011 collection, or “spiritual”, like the season before that (the collection was accordingly named “Path to yourself”), strong or feminine.

The S/S 2012 collection, shown at Ukrainian Fashion Week, introduces architectural  minimalism. I had the urge to call it futuristic but realized that not every collection featuring lots of white and transparent materials should be called that.

I loved Svetlana’s departure from her usual monochrome palette, presented in the form of an intriguing 3D cube print. She seems to be a big fan of geometric shapes but usually uses them in pleats and other special effects on fabric.

I would like to point out the clever take on major fashion trends: transparency and asymmetric hems. And, as always, Bevza footwear makes me gasp in awe!

Svetlana also designed one more S/S 2012 collection specifically for the U. S. market. It will be available in EM & Co in Los Angeles and Mint Boutique in Savannah, Georgia. 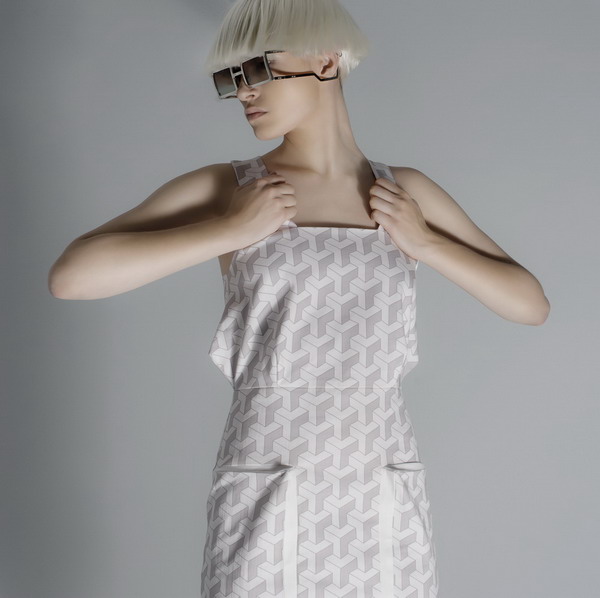 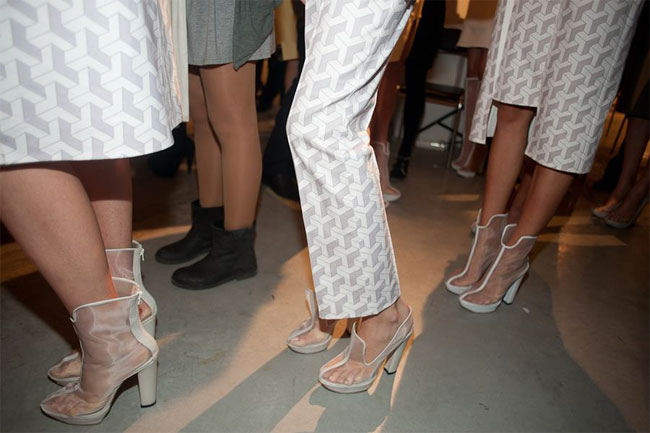 Svetlana was inspired by the architectural work of Zaha Hadid 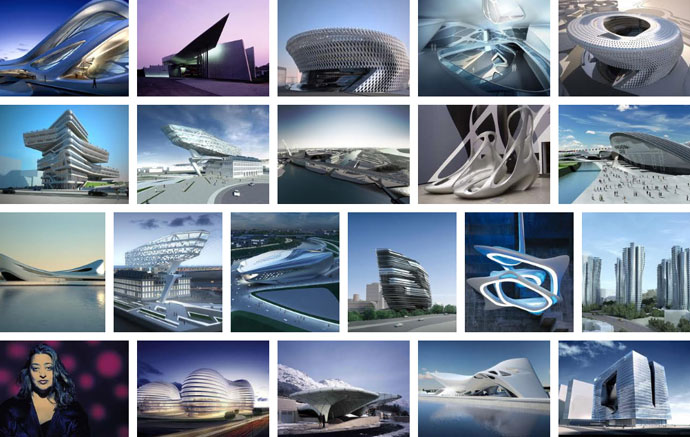 Svetlana says that “white is the meaning of something opened to the world. “ 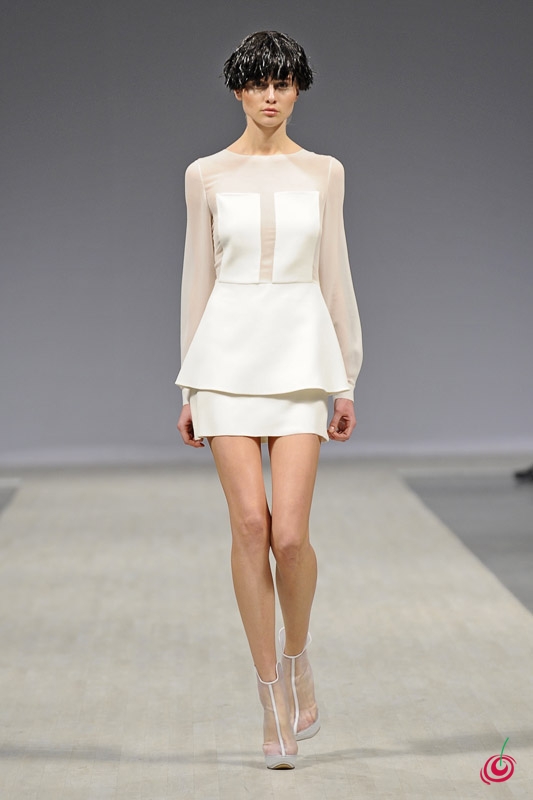 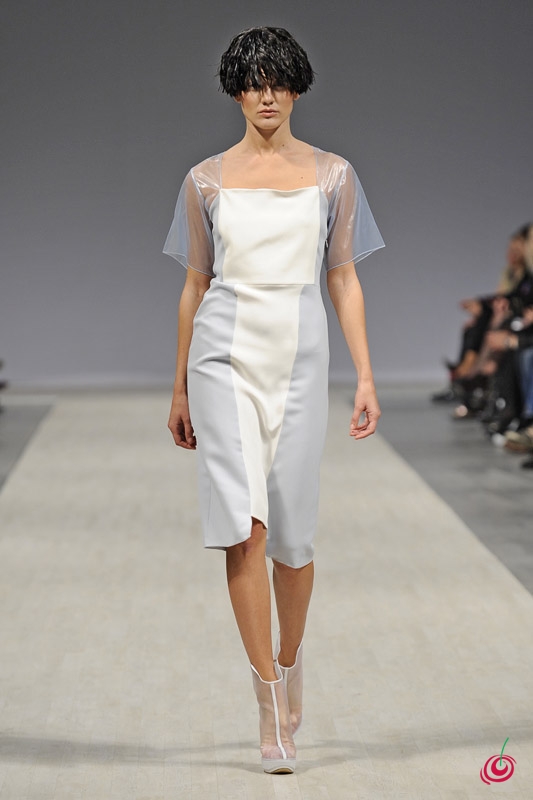 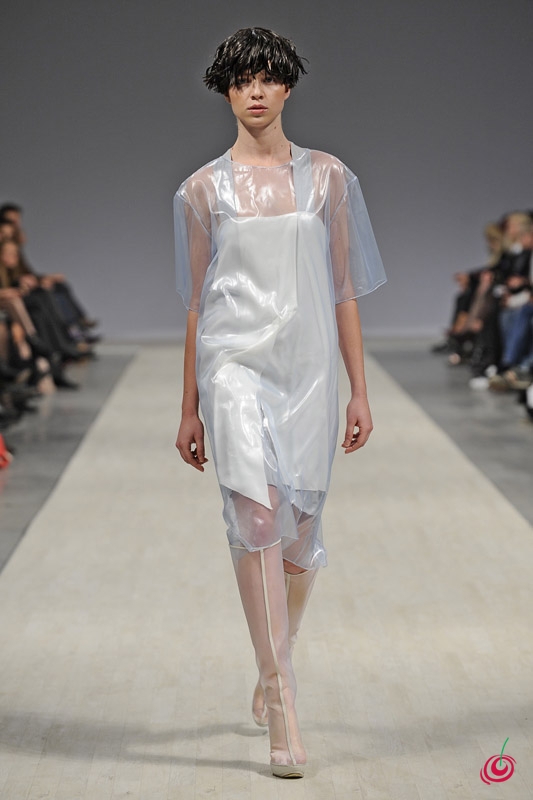 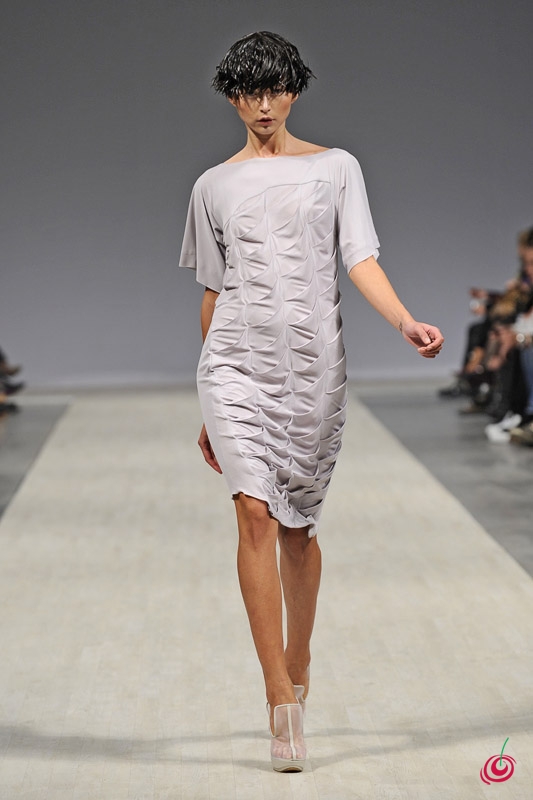 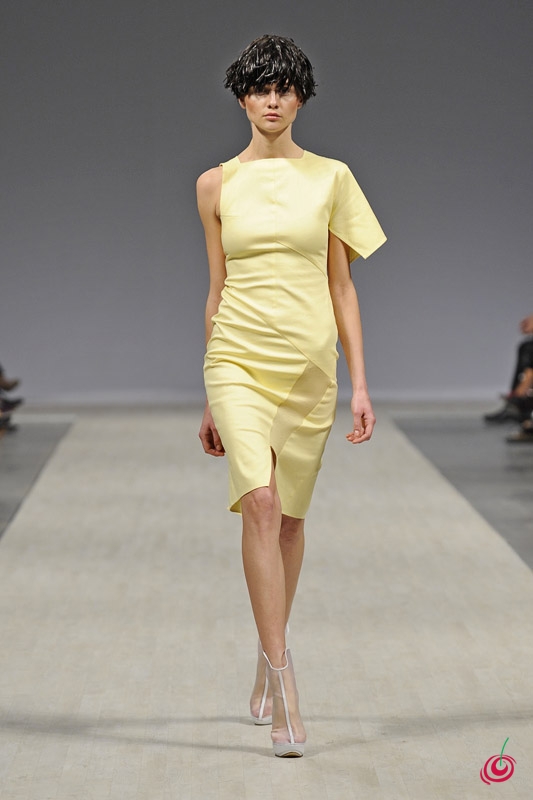 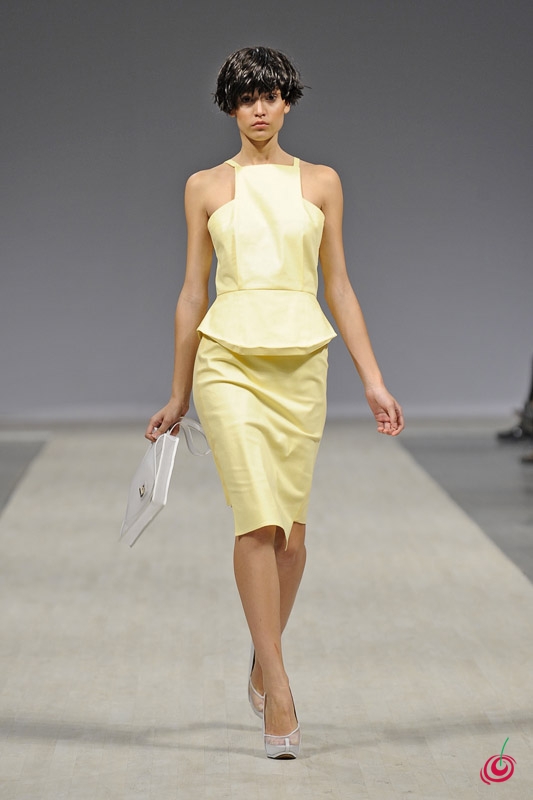 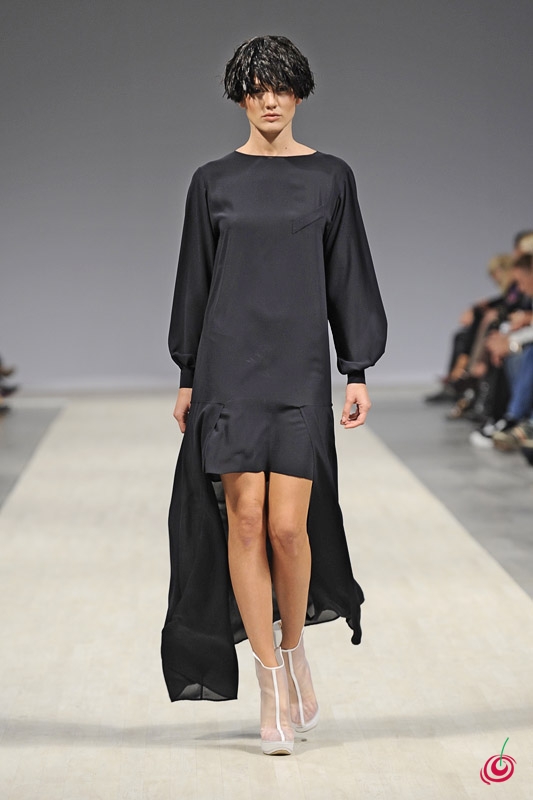 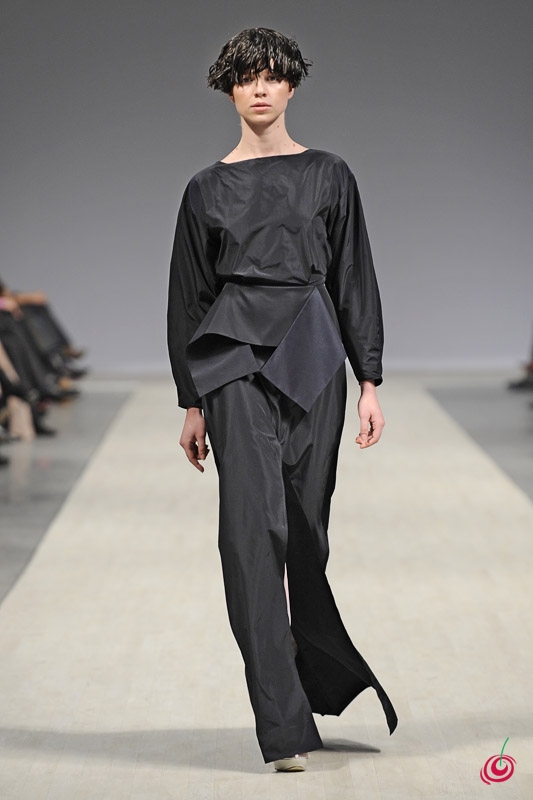 Bevza is represented in the U.S. by Bridge Showroom (former Ctyl’ Network)