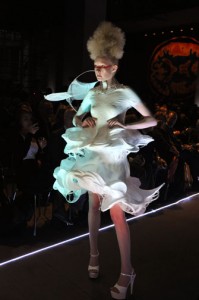 A Spanish fashion designer, Manel Torres has developed the world’s first spray-on clothing that can be worn, washed and worn again. His invention is called Fabrican and was discovered out of frustration with the traditionally slow process of constructing garments during the designer’s MA and subsequently PhD study in Fashion and Women’s Wear at the Royal College of Art London 1995-2001. He has received the 2003 feasibility SMART Award and 2006 AEDA award for his innovative invention.

More information about this event and Moscow Design Week at www.moscowdesignweek.ru