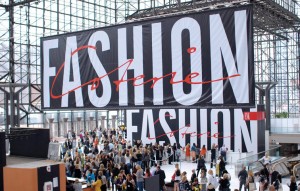 2011 has been a truly great year, productive, inspiring and memorable! I met so many wonderful people, started two more blogs, went to my first fashion show as a blogger…

But the most important person for me will always be you, my reader. I have no words to describe how much I appreciate your support! I started this blog with a hope that has now transformed into firm belief  – that Russian fashion really matters to people all around the world.

Here is a list of my favorite posts of 2011 together with a short description. For more stories, hit the Archive of this blog or check out Russian and Ukrainian blogs listed on the Links page.

Russian and Ukrainian Labels at Coterie Trade Show in NYC

I had a pleasure of visiting Ctyl.’ Network (now Bridge Showroom) booth at Fashion Coterie, one of the largest and most prestigious trade shows on the planet, that takes place September 18 – 20 in NYC. Ctyl.’ Network brought to the show a Russian label Chapurin and two labels from Ukraine – Bobkova and Bevza.

Ukrainian designer Christina Bobkova’s FW 2011-12 collection (fashion label Bobkova.) is now selling in eight USA boutiques. In August the designer made a long trip to the U.S. to personally present her new collection.

Russian Elegance, written by renowned experts in the field, provides an extensive overview of clothing and accessories worn by various social classes in Russia from the 15th to the early 20th century. The reader will find out when, where and how each item was meant to be worn. Also covered in this book are different types of fabrics, embroidery and lace, textile production, hairstyles. All items come from the vast collection of about 400 000 objects of the State Historical Museum in Moscow.

A 100 Years Old Color Photographs of the Russian Empire

Between 1909 and 1912 photographer Sergei Mikhailovich Prokudin-Gorskii undertook a photographic survey of the Russian Empire with the support of Tsar Nicholas II. He used a specialized camera to capture three black and white images in fairly quick succession, using red, green and blue filters, allowing them to later be recombined and projected with filtered lanterns to show near true color images.

I Don’t Have to Love Your Clothes: Confessions of a Fashion Sales Agent

I hate shopping. Always did. Retail temptations that drive so many women and men crazy leave me untouched….

Fashion Night Out in Moscow

On September, 6 boutiques spread out red carpets and set up DJs and champagne as the third annual Vogue Fashion’s Night Out 2011 unfolded in Moscow. One hundred eighty (!) fashion brands took part in the event this year. The special guest and the brightest star of that night was Natasha Poly.

Russian bloggers get invited to all important fashion events, freelance as journalists, stylists, etc. and have a huge impact on Russian fashion industry altogether. To connect you to the best ones out there I asked four bloggers what they think about the most recent fashion weeks in Moscow, namely Volvo Fashion Week and Mercedes-Benz Fashion Week Russia (MBFWR). It came out that the organization and management of these events is quite a thorny subject…

After years of styling for editorials in L’Officiel Ukraine, Grazia and In Style it seemed natural that sisters Alisa and Julia Ruban would expand into designing clothes. The first RUBAN collection was born as part of an ongoing quest for redefining casual and refreshing Moscow girl’s everyday style.

Alisa and Julia Ruban, the designer duo behind the eponymous fashion label, talk about their past experience as stylists for major Russian and Ukrainian magazines, challenges of working as a team and the inspiration behind their debut collection.

Though still in his early twenties, Artem Klimchuk is already an established designer. His collections as shown at Ukrainian Fashion Week have been praised by critics as solid and mature, customers are lining up for his understated, feminine dresses.

P. S. Isn’t it obvious that I just LOVE interviews? :) Here is the one that I’ve done for my other blog World of Fashion.

An Interview With Alp Sagnak, Designer Behind Atelier Minyon Jewelry