…which is, actually, green. Don’t ask!

As the red carpet season is in full swing I did a little bit of research to present you with a different perspective on Russian style. I don’t suppose you are in the least bit interested in Russian celebs; the spotlight of this post is on Russian designers that are red carpet worthy.

There are two things you need to know about Russian celebrities. Firstly, there is no such cult as in the U.S. and the dress seen on the most famous of Russian actresses won’t result in any significant increase of sales. In this sense, a mention in Vogue Russia is much more cost-effective. Secondly, I highly doubt all actresses have personal stylists. Otherwise, how would you explain the most unfortunate dress choice sometimes?

My top two most beautiful dresses: 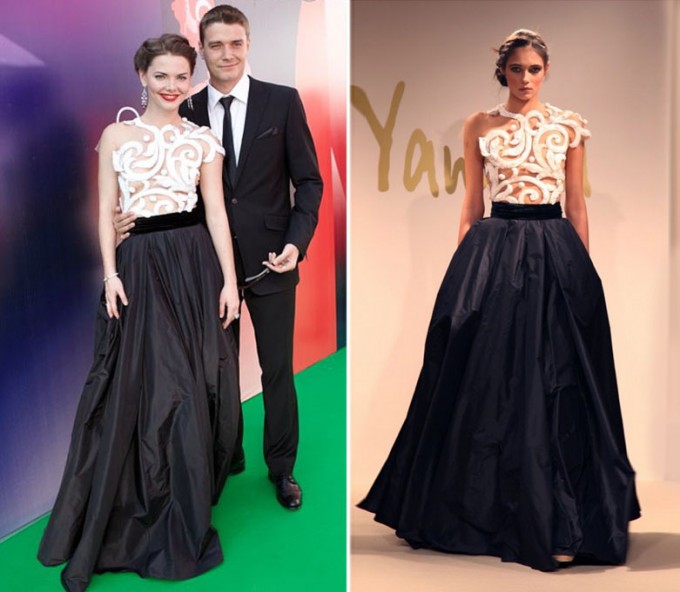 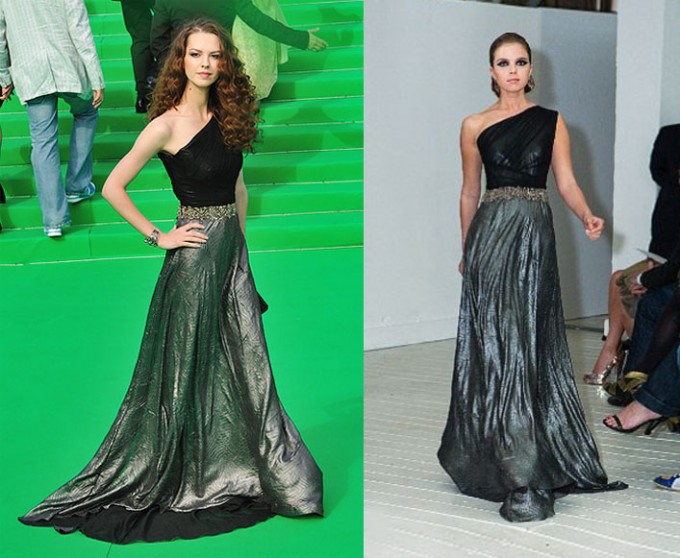 Snobs may say “Haute Couture is only in Paris, my dear”, etc. But if you already have a luxury line, like Chapurin does, how do you call one that’s even more exclusive, expensive and made by skilled artisans’ hands?

Chapurin is a true King of Any Color Carpet

Russian celebrities love him so much they don’t mind wearing his creations twice or the same design somebody else has already worn :) His signature style is sequined/metallic fabrics, so don’t be surprised with the amount of it. Some girls you may know were also spotted wearing Chapurin on a red carpet: namely Sheryl Cole and Kelly Rowland, let alone Chapurin’s muse Naomi Campbell. 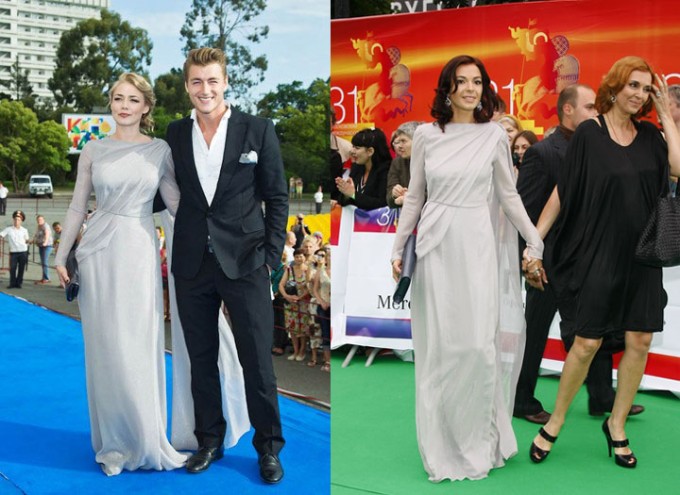 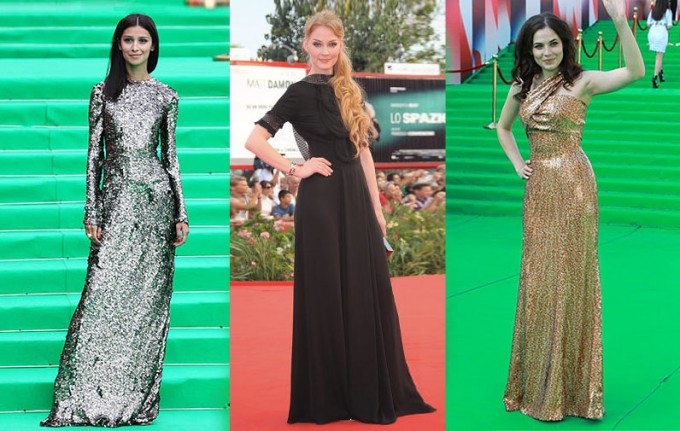 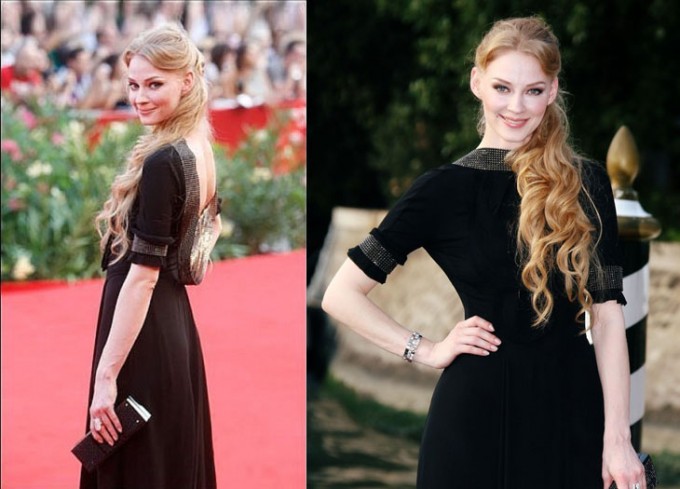 Probably the most popular color worn by Russian celebrities 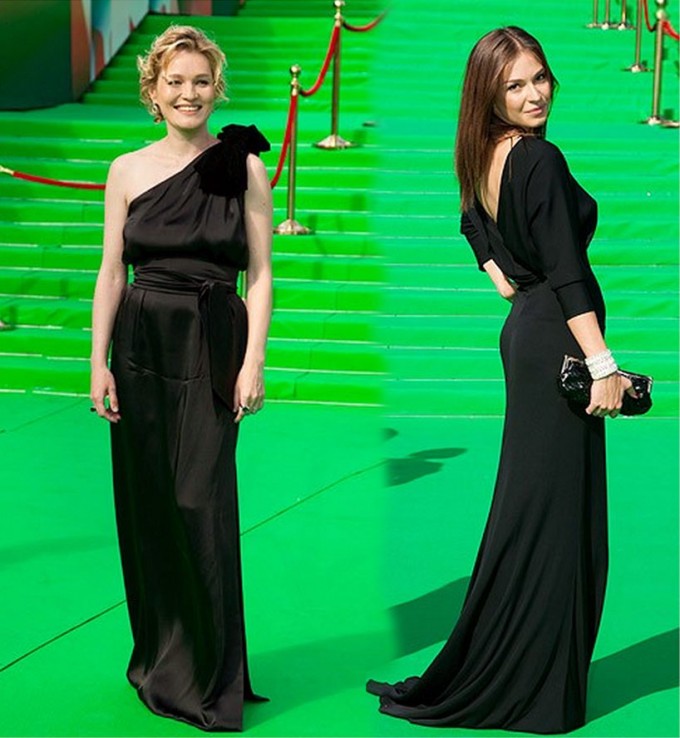 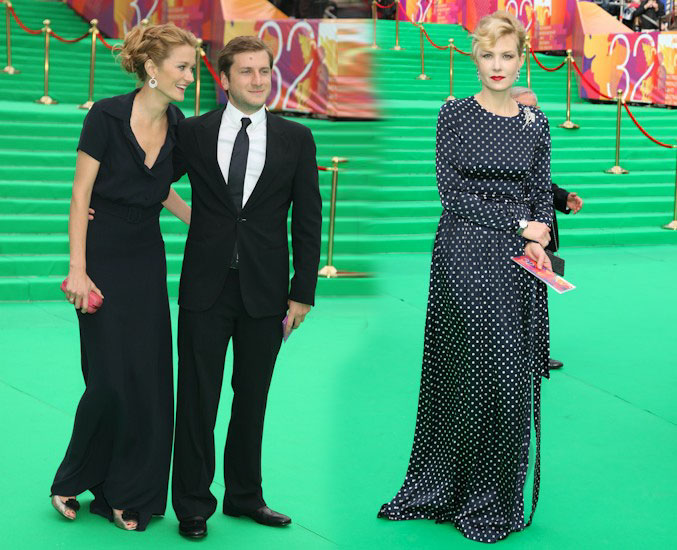 What other color can you wear if the carpet is green?

While red immediately comes to my mind, they would rather stick to yellow, probably wishing not to overdo it. Actually, I found out that Russian celebrities’ red carpet style is quite reserved. I guess it explains why we never see any Yudashkin (which is a terrible mistake, in my opinion). But I hope there will finally be more of him because the latest Valentin Yudashkin collection shown at Paris Fashion Week was romantic and sublime rather than bold and complex. 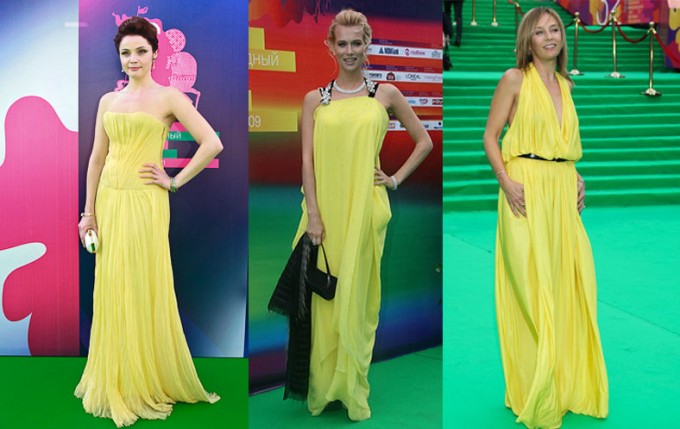 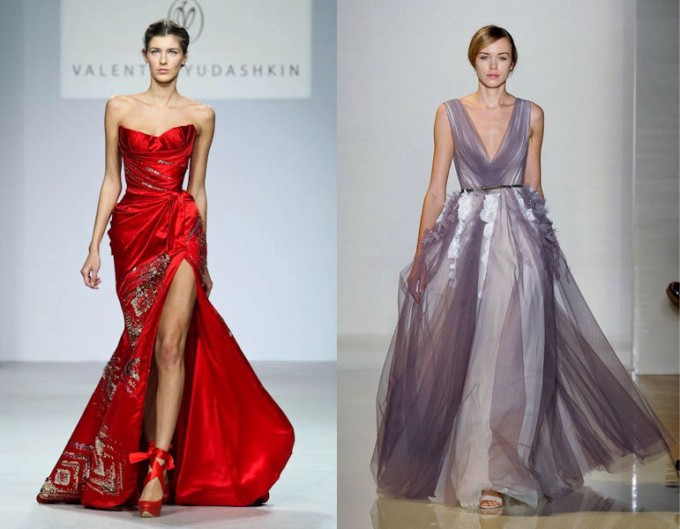 Some celebrities think any floor length dress will do for a red carpet. Or… any dress at all.

And there is nobody to tell them otherwise.

What do you think?