Hollywood glamour, fifties and lingerie got intertwined in this beautiful collection by enigmatic label Bohemique. During barely two years of its existence the label has developed a signature “fetish” style that reveals itself in such elements as cinched waists, lace, exaggerated hips and lots of black. Praised by Moscow’s ‘It’ girls (with Elena Perminova at the helm), Bohemique creations made many hearts beat faster, including those of Vogue.com editors. 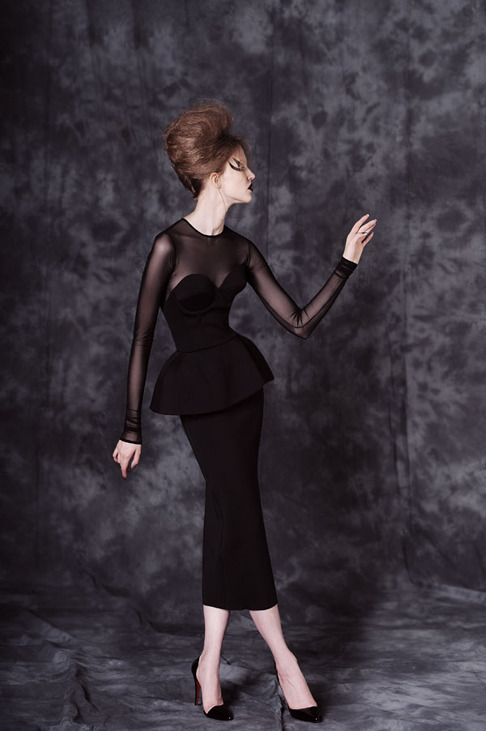