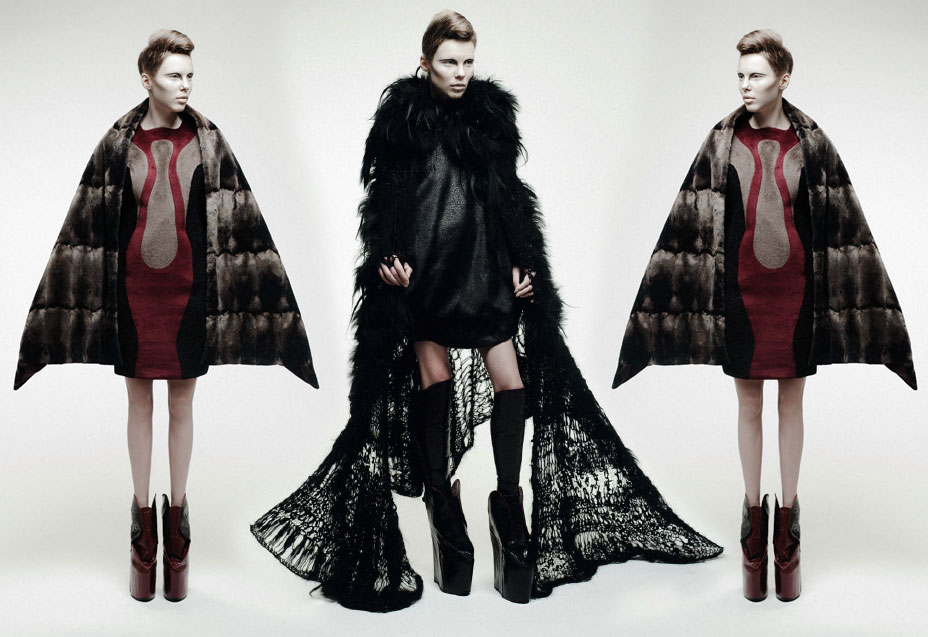 Homo Consommatus will present their S/S 2013 collection during New York Fashion Week this September. It will be a third collection for the label that previously showed at Aurora Fashion Week in St. Petersburg.

Designer Alexey Sorokin graduated from St. Petersburg State Art and Industry Academy in 2008 and shortly after that created Homo Consommatus (which means “consuming man” in Latin). A philosophical approach to fashion prompts him to draw inspiration from such unpopular among other fashion designers subjects as world pollution, consumerism and the meaning of life.

The show will take place at 8 pm on Wednesday, September 12 at Pier 57 Studios, sharing the time slot with Proenza Schouler. Well, good luck!