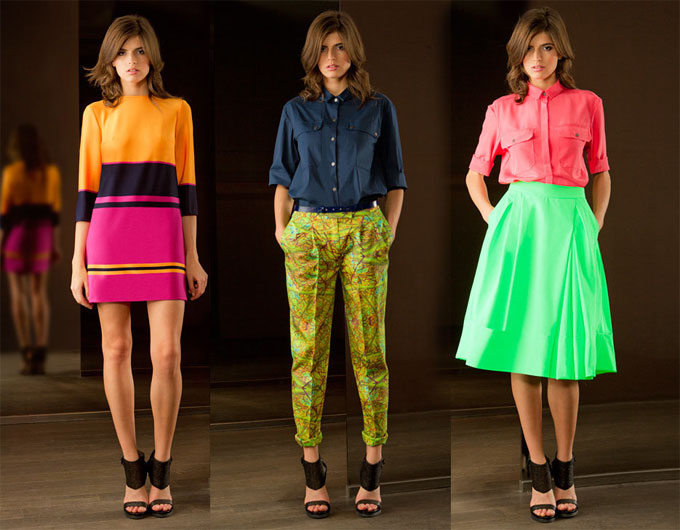 A Russian designer’s mentality is a complex one. Pragmatism and customer-oriented approach, developed under the influence of Western fashion industry, go hand-in-hand with Eastern sensibilities, such as a unique feel for color and texture. But not every designer can successfully develop both sides to their fullest potential and produce a collection like this one.

Chapurin S/S 2013 collection, named Style-is-Great (Britain), was inspired by Cheryl Cole, his long-time friend and client. The first thing that immediately caught my eye was the rich color palette and clean, minimalistic, sometimes classic silhouettes. A Chapurin woman looks younger and sportier than last summer, yet more feminine and less avant-garde. Also, Chapurin’s signature sequins and shiny fabrics are nowhere to be found which is another sign of designing with a younger clientele in mind. 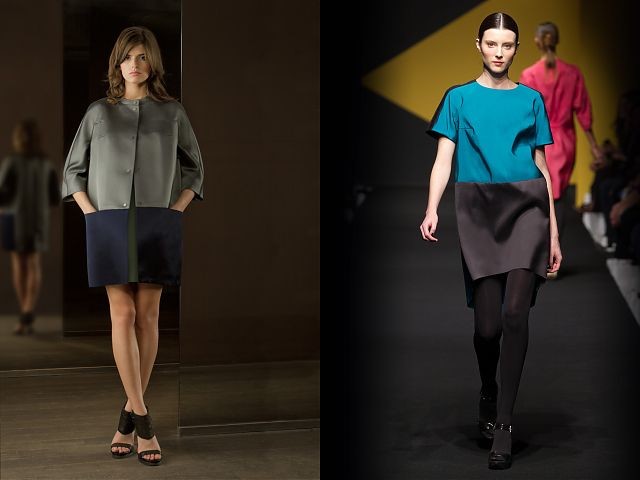 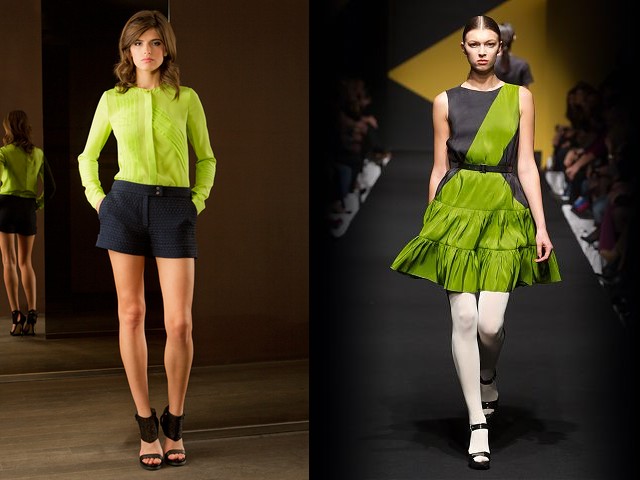 Electric blue, coral, aqua, yellow and lime green – it seems like this color palette was borrowed straight from nature, as it stimulates our senses the way a garden in full bloom or a Moroccan street market would. At the same time, neutral and more “industrial” shades of gray and brown are present to produce a soothing contrast. Their combination with beige and shades of blue creates an interesting reference to the ‘shabby chic’ style of interior design.

This elegant and effortlessly impressive collection without a trace of British quirkiness (despite the name) will surely find its way into new hearts and closets. Would it be the ones the designer had initially planned on reaching? We’ll find out in just a few months.