﻿﻿ The Russian Fashion Blog Guide to Shopping in St Petersburg 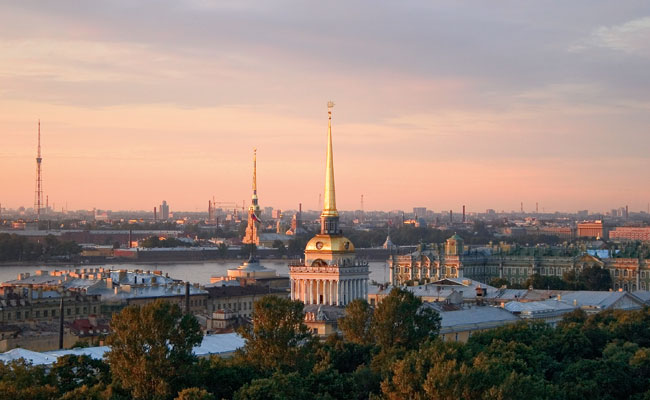 St. Petersburg might be first and foremost known for its cultural heritage and a palpable feeling of mystery, associated by many with romanticised literature of the Imperial Russia. The city of now, however, draws visitors in with an atmosphere that is both historical and irrevocably modern, touching upon everything from cultural outings to work life and shopping. The latter is an altogether different experience from what one might expect, as independent brands and stores successfully channel the energy of the city in offering an exciting shopping trip and a cultural excursion at the same time. 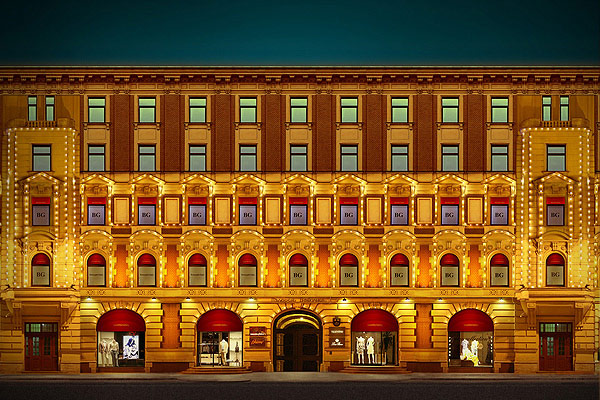 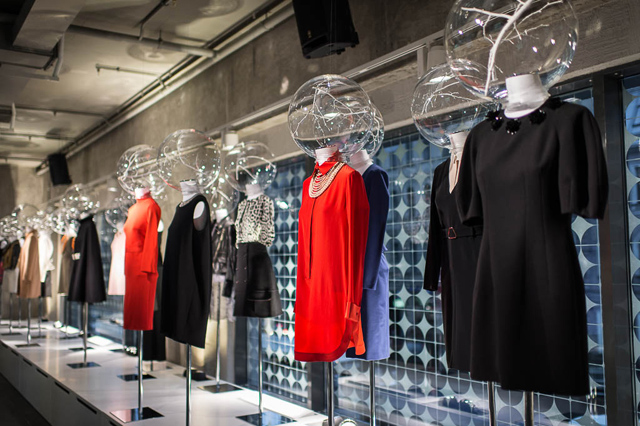 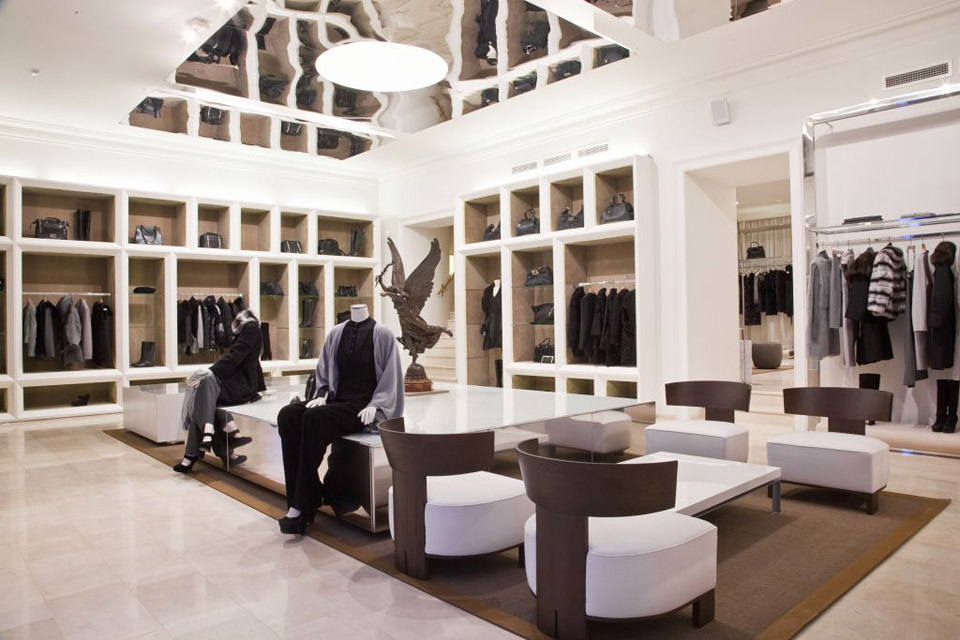 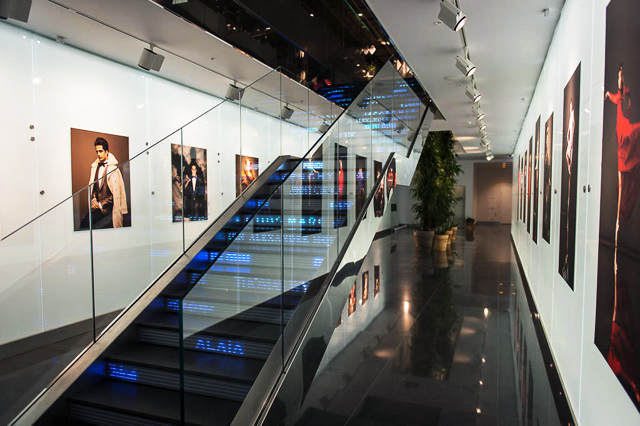 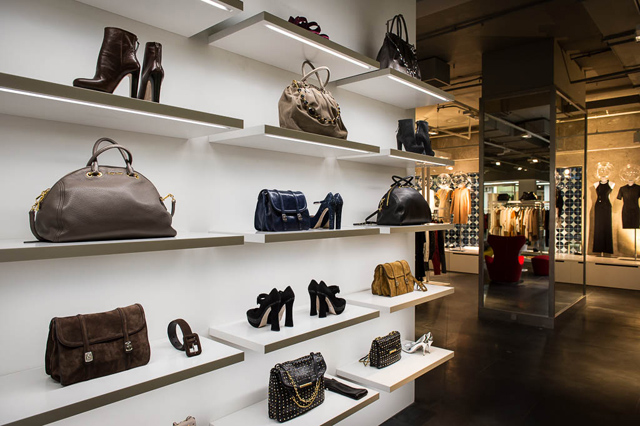 Established in 1988, Babochka is well on its way to celebrate its 25th anniversary as a successful and ground-breaking fashion store in St. Petersburg and in Russia. It all started from a single shop, aiming to bring international brands to increasingly interested Russian customers. With six multibrand stores and three monobrand boutiques under its belt now, it suffices to say that Babochka has far surpassed its goal. More than a hundred brands from the USA, the UK, Italy and France are stocked in Babochka Gallery, Babochka, Babochka Grand Hotel Europe and Babochka Outlet, which offer the ultimate luxury experience, made-to-measure service and even Haute Couture orders.

The most recent addition, Nevsky 152 Concept Store, is home to young designers as well as Fendi and Chanel monobrand boutiques, not to mention an art space and a high-tech shop. Here, well-known brands like Celine, Marc Jacobs and Azzedine Alaïa are accompanied by emerging and much-talked about names like Tata Naka, Tak.Ori, Walk of Shame and A.W.A.K.E. 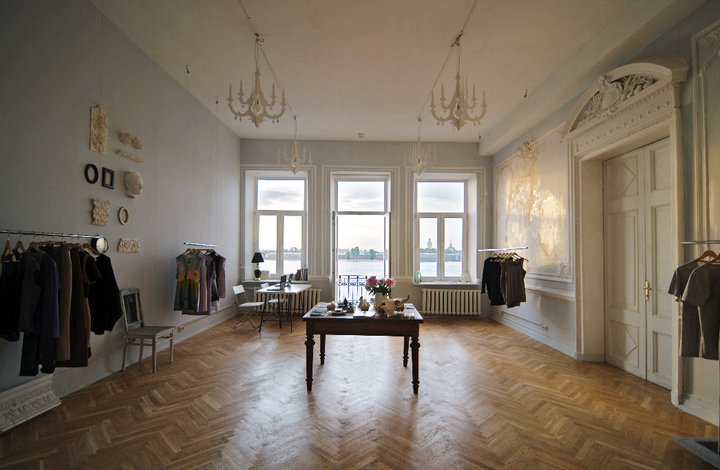 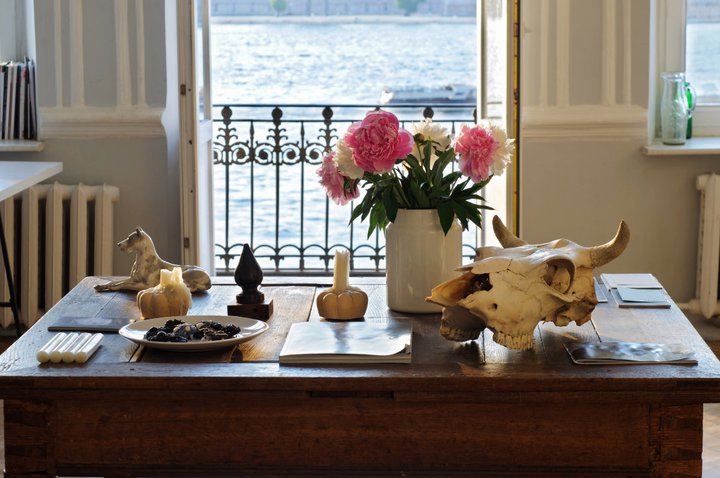 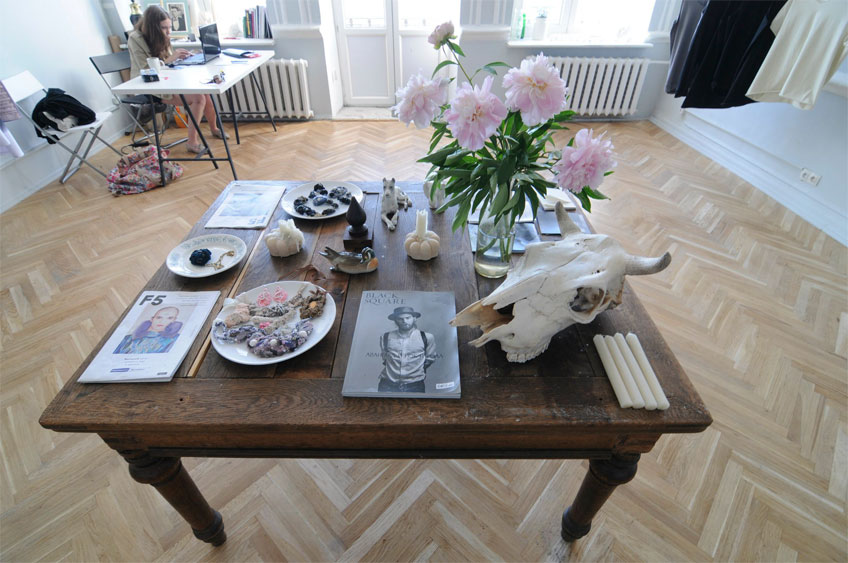 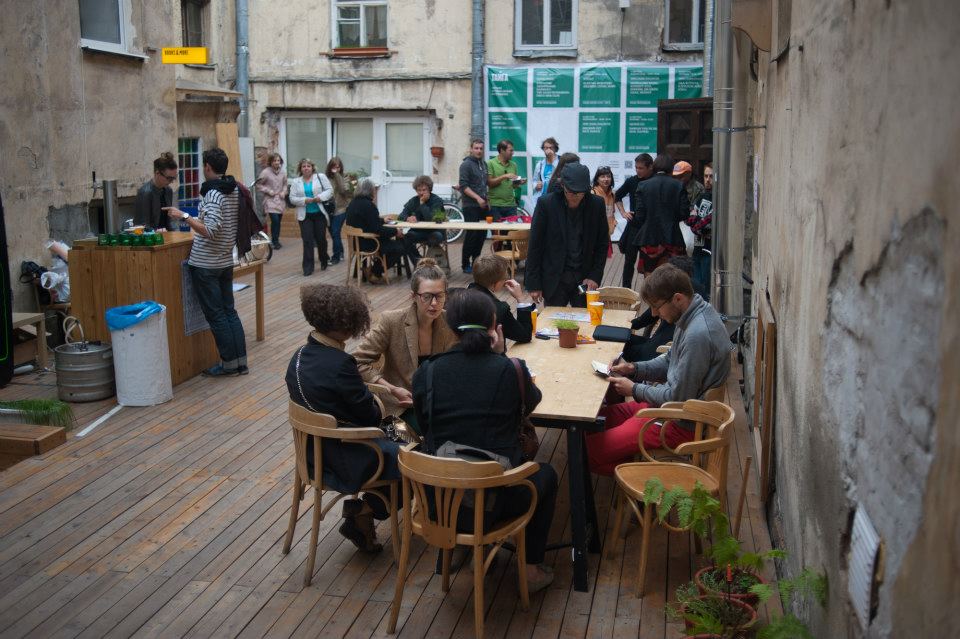 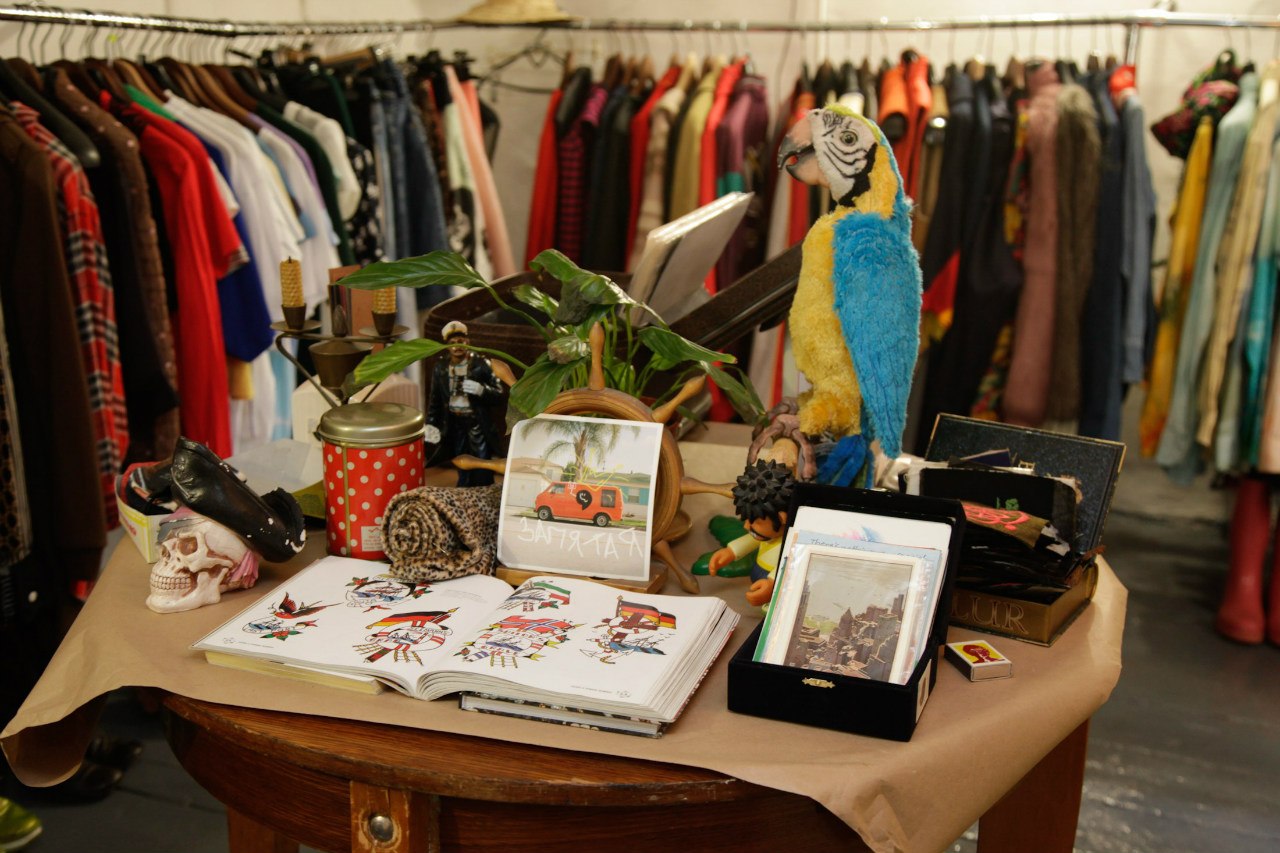 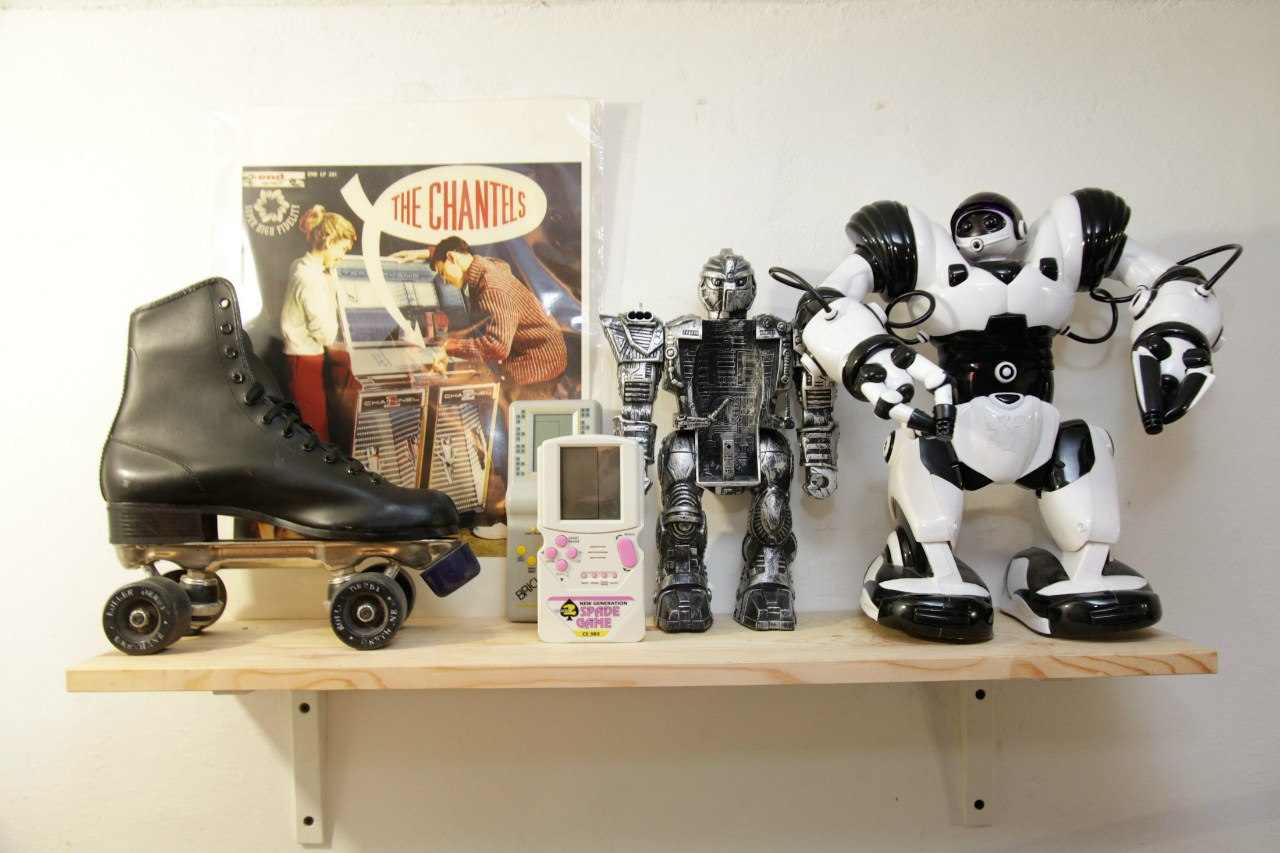 Taiga Space positions itself as an experimental platform that unites young professionals under one roof. In effect, it is an ongoing creative collaboration that extends to the very upkeep of the building, conveniently located near the Hermitage. In 2011, dozens of companies – among those, studios of design, showrooms and stores – restored the building and brought the artistic space to life. It probably is easier to say what there isn’t than what there is, for the vast territory of Taiga Space contains a recording studio, a radio station (RTS.FM), the largest electric guitar showroom (Guitarbank), a bike shop and so much more. Books&More is known for its rare art magazines; architecture studio Architales – for their unconventional projects that go beyond architecture; 8-Store – for its careful selection of new names in fashion, which includes Asya Malbershtein, Birchess and Masha Yankovskaya. Vintage store “Запятая” is a rare jewel even in this collection of gemstones: the owners source all kinds of rarities from around the world and accept selected submissions from local creative artists. For a keen eye like theirs, there are plenty of curious things to discover. 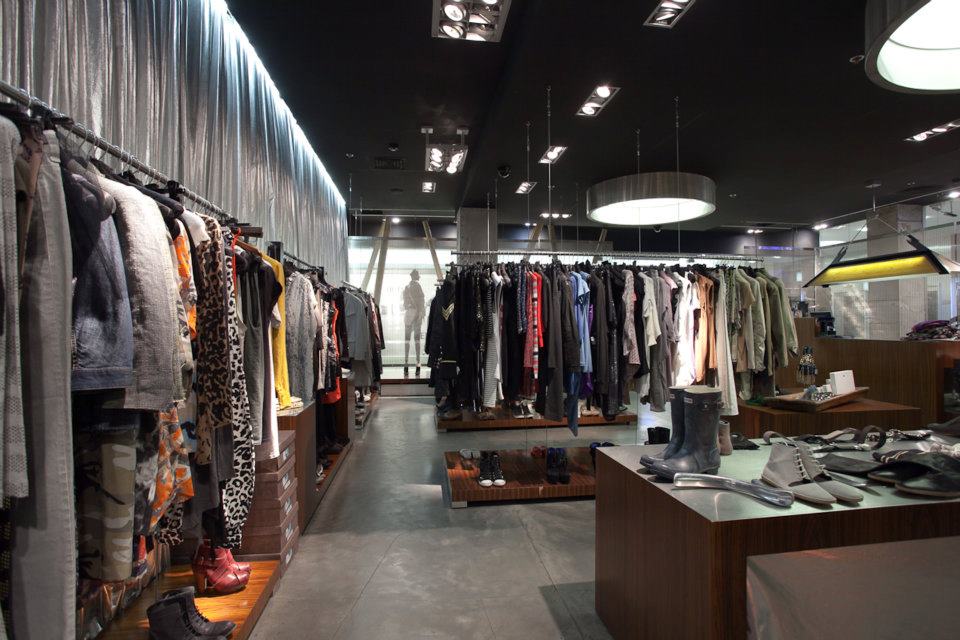 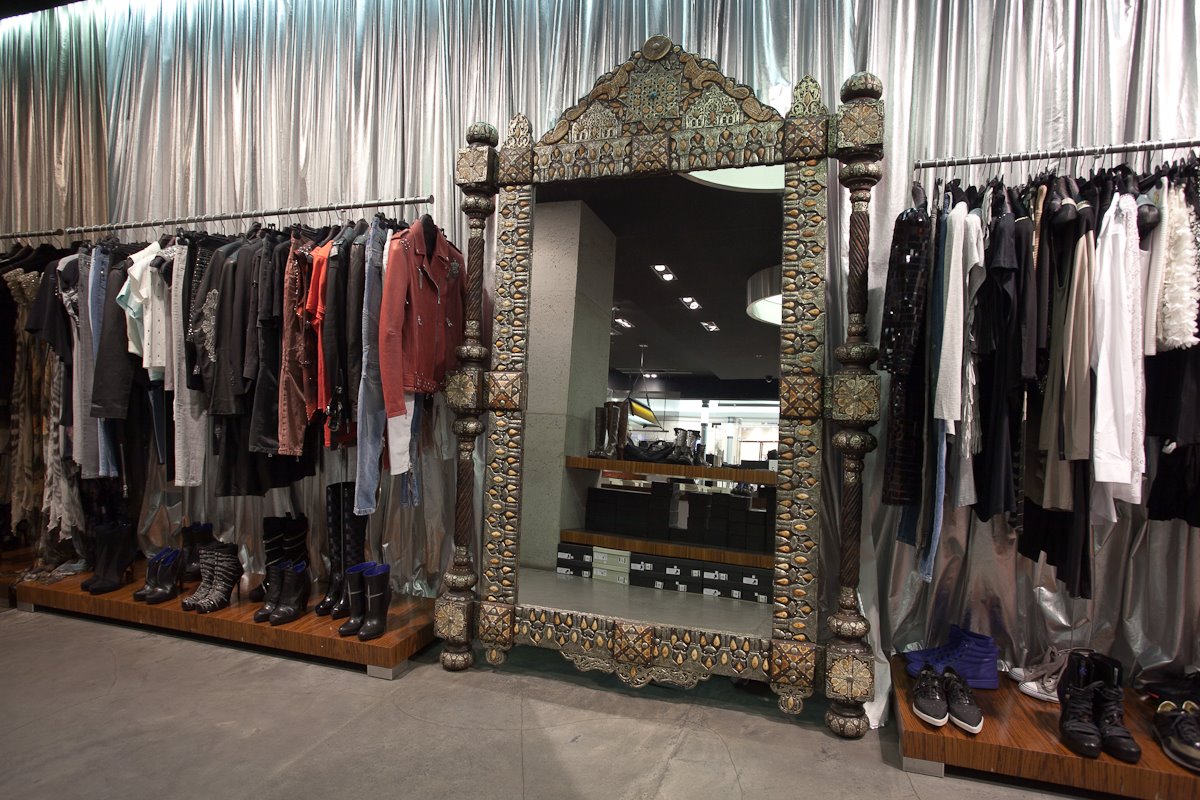 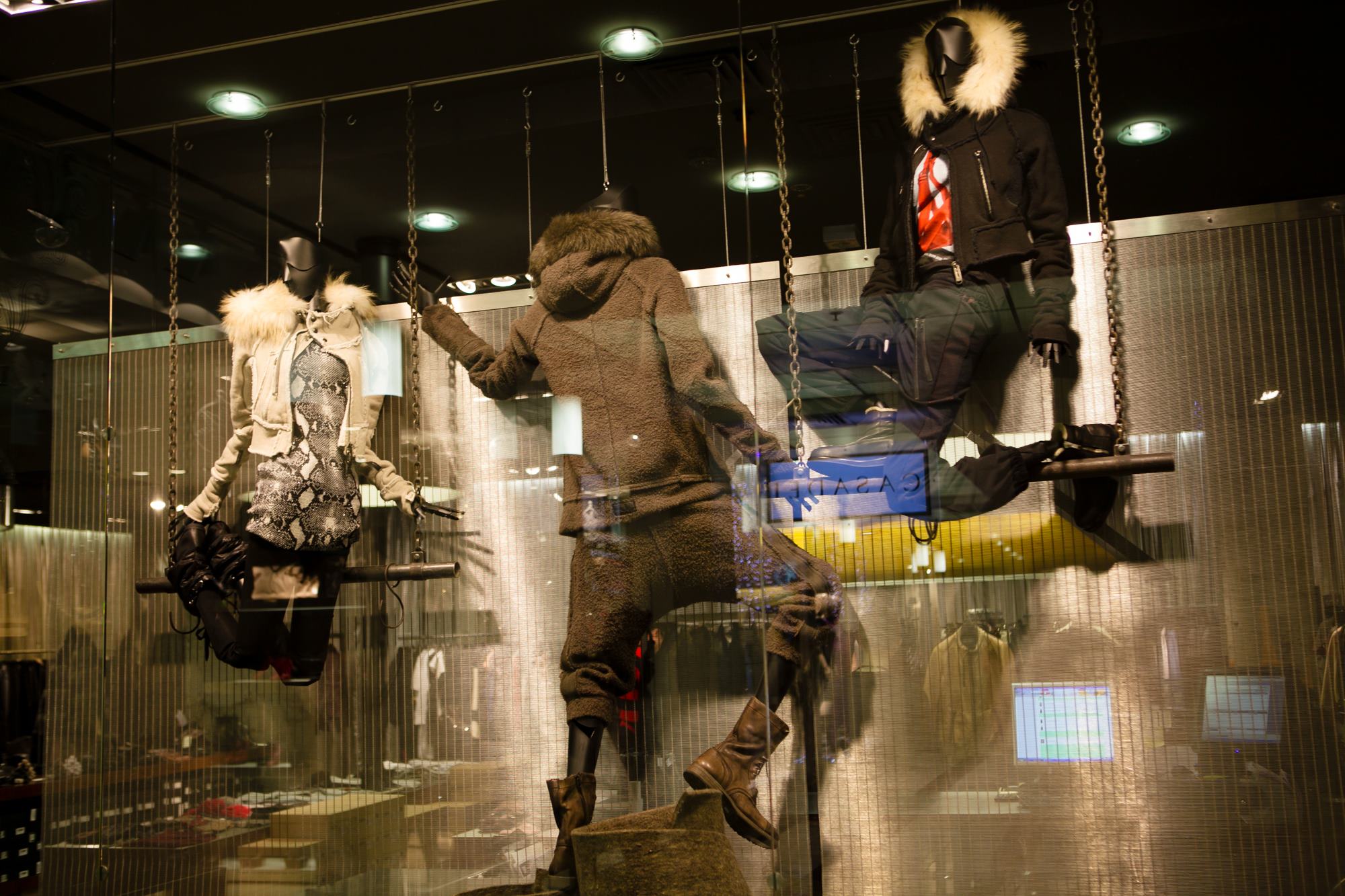 Owned by Machiavelli Luxury Group, whose projects include the online store boutique.ru and a few monobrand boutiques of international designers, Opium Concept Store is a representative case for a successful conceptual fashion business. It has long been home to avant-garde designers hailing from Japan, Europe, the US and the UK, and as such provides a rare selection of brands on the Russian market. Homo Consommatus, Eleven Paris and David Koma form just a fraction of brands represented in Opium Concept Store, while its vast collection of carefully selected perfumes adds to the overall impression of a curated space for daring and inquisitive individuals. 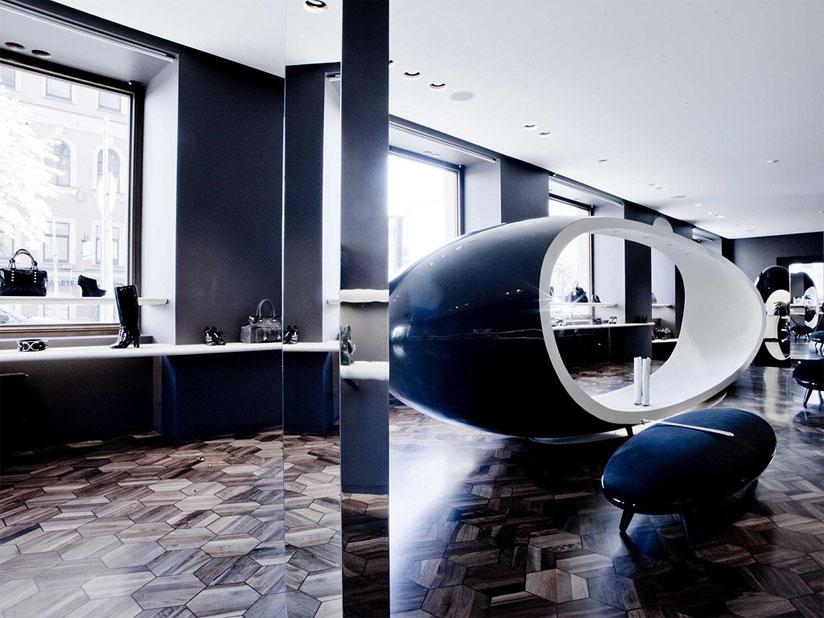 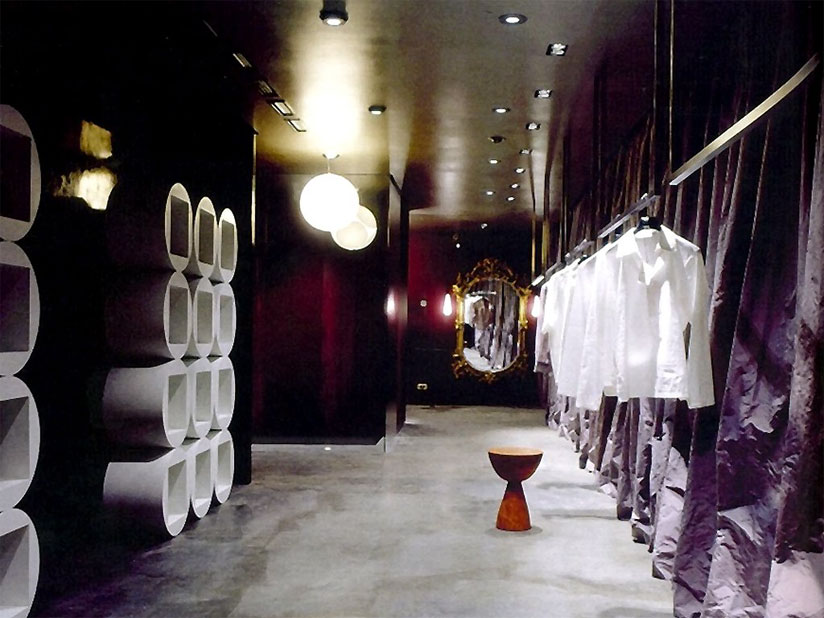 Like the highly successful Babochka empire, Day & Night is essentially a chain of multibrand stores catering to a whole variety of tastes, if not budgets. Established in 1997, it has gradually expanded to include Daynight, Daynight Shoes, Daynight Lite (diffusion lines and mid-range brands), Daynight Outlet and an online store; all of them offering an abundance of avant-garde creations and perfumes. There is a lot to discover even for those, who prefer less conceptual brands, as well-designed and somewhat futuristic stores present an enviable mix of Givenchy, Jason Wu, Sacai, The Row, Altuzzara and Camilla Skovgaard, to name but a few. 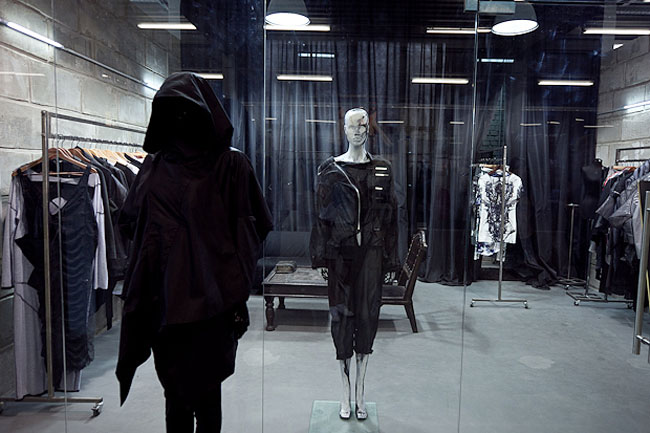 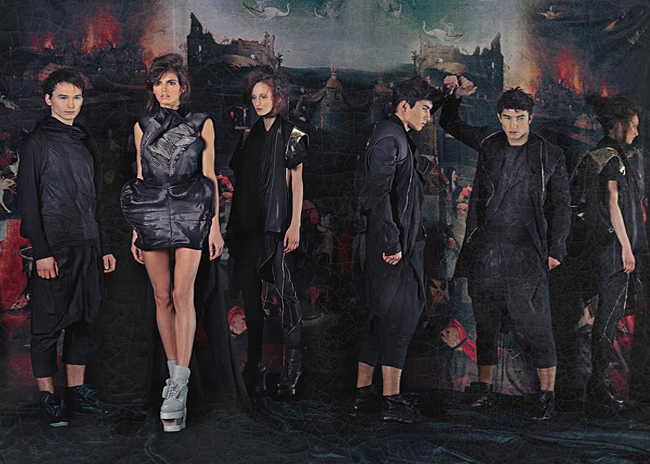 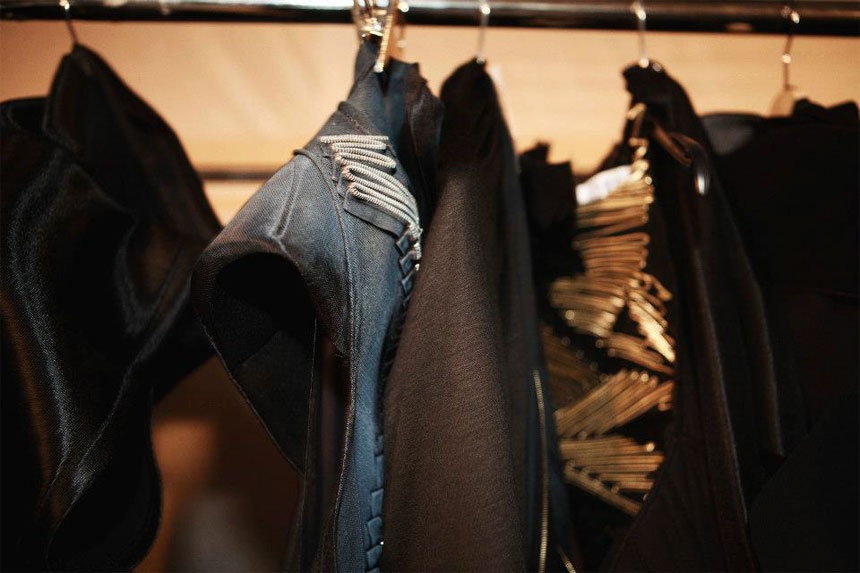 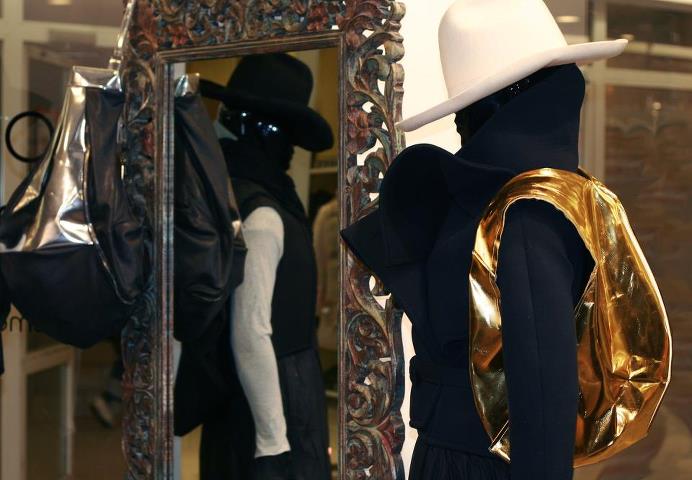 The concept of Antipodium was born in 2010, when Jenya Malygina, the designer of an exciting and daring brand Pirosmani, presented her new collection in the form of a conceptual fashion performance, aptly named “Antipodium – Mirror Mask”. Since then, the name has not only come to define Pirosmani’s ideology – that is, no fashion, no trends, no seasons – but also became a title to the brand’s official boutique, where the most recent collections of Pirosmani can be found. Perhaps, one of the most intriguing brands in St. Petersburg, Pirosmani is known for its avant-garde style, asymmetric cuts, fine draping and signature outer seams. Despite its experimental approach, the brand sets the tone for original, yet utterly timeless and comfortable clothing, and that alone gives enough credence to Antipodium as a thrilling monobrand store. 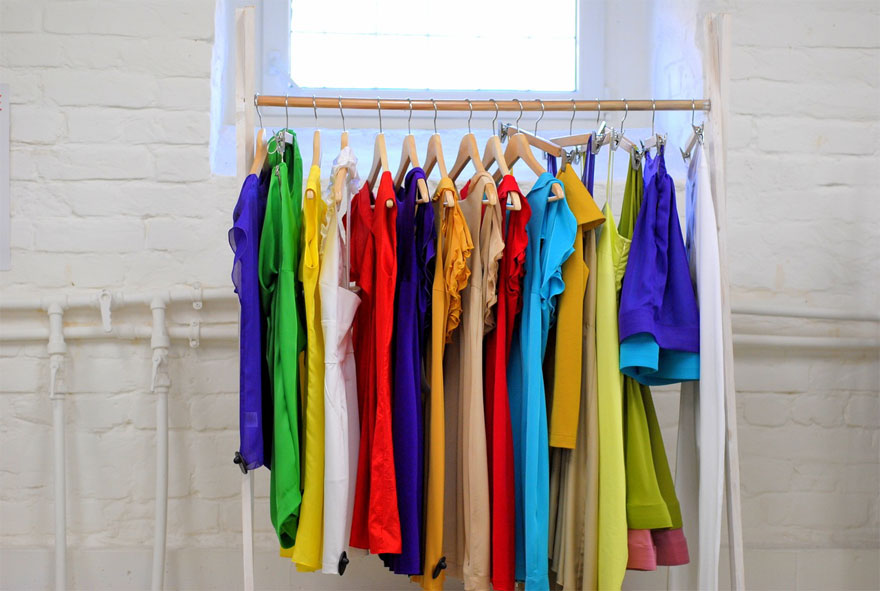 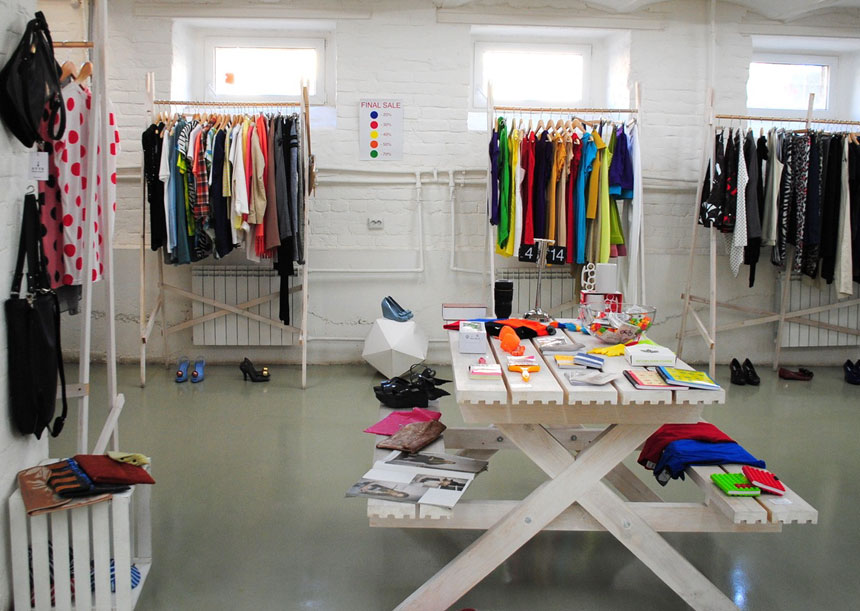 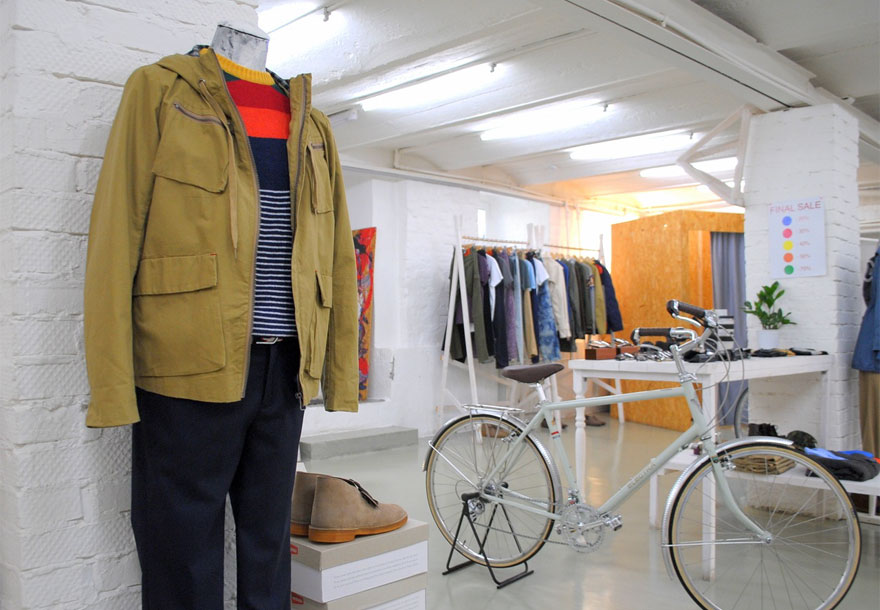 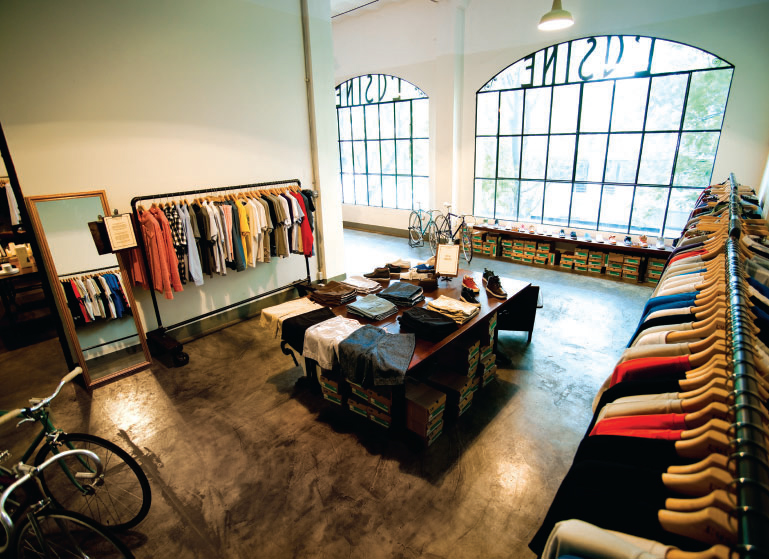 Focusing on the look of the collections instead of their brand names is not a usual move among emerging and established shops, whose credentials strongly depend on the list of said titles arranged in well-defined groups on the shop floor. However, Луук Design Market does just that, following its clear and seemingly simple mantra: No brand, only look. Refusing to put labels, either on its customers or on its stock, Луук Design Market offers a visual mix of items that complement each other and represent individuality and own character, no matter what brand they belong to. Stumbling upon Barbour, Cyrille Gassilline, Sofia Zharova and I Am can be anticipated, but there is certainly a lot more to uncover. For those in the know, it is also a place to acquire new issues of Monocle magazine and peculiar Demeter perfumes from the well-known New York based perfumery, Demeter Fragrance Library.