Written by therfblog on 27 February 2013 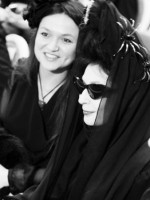 On February 14 – 17 Saint Petersburg, Russia hosted the famous ASVOFF (A Shaded View On Fashion Film) festival for the first time ever. The event was organized by Aurora Fashion Week. Diane Pernet, the festival’s founder, fashion blogger and critic, presented films of ASVOFF-2012 international program and selected a winner of ASVOFF [Continue reading...]

Written by therfblog on 22 February 2013 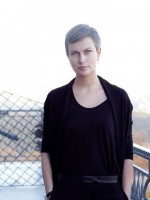 Ukraine has finally got their own edition of Vogue, the magazine’s 20th, that came with a shiny new website and a page on Facebook. Vogue is following the lead of Harper’s Bazaar and Elle which have been published in Ukraine for 4 and 12 years respectively. One can’t have too much of a good thing, [Continue reading...]

International magazine Numéro launches a Russian edition as part of a license partnership between Groupe Alain Ayache and ARTCOM Media Group, one of the Russia’s leading media companies that runs a number of online and offline publications. Numéro Russia will become a 5th edition of the magazine worldwide, following successful launches of [Continue reading...]

Written by therfblog on 26 September 2012

With the likes of such industry key players and brands as Stella McCartney, Bono’s Edun, Livia Firth’s Eco Age advocating sustainable, cruelty-free fashion, it is not surprising that the so-called eco-movement is going through its revival. Once an expensive, but frequently scorned “homely” option, eco-fashion is now rapidly gaining [Continue reading...]

Written by therfblog on 11 September 2012

‘Cycles and Seasons’ is a term that non-Russian fashion press have only recently become aware of, and in light of the latest news about the project’s termination, it becomes evident how little is known about Russian fashion in the rest of the world. Cycles and Seasons by Mastercard was launched in April 2009 as “an [Continue reading...]