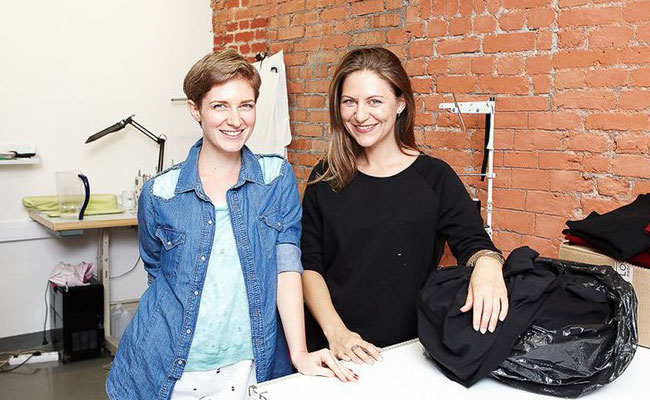 The story began in India where the aspiring designers headed in search of fabrics for their debut collection. Next stop was London, and the hard-working team of two hit the road to success. The designers opened a studio in Hackney Wick and received training from a pattern maker who worked at Alexander McQueen and Stella McCartney. Their line was sold at Spitalfields Market, Portobello Road, Brick Lane and in selected concept stores.

In 2009 Anna and Natalia moved back to St. Petersburg to woo the refined yet sensible St. Petersburg crowd with their sophisticated outerwear designs. Evgenia Dorofeeva spoke with the awesome duo about building a successful fashion business in Russia.

Unlike many designers starting out today, neither of you studied fashion design at university, opting instead for a degree in business. What motivated you to delve into fashion rather than any other creative or non-creative field?

Fashion was a childhood dream for us both. All this craving for fashion came from the very first glossy magazine, being inspired by mom’s clothes, the list goes on. There was always a desire to change something in the already existing things; to add, remove and alter.

Our education in Economics was practically impossible to apply anywhere when we just started. Everything in fashion seemed like magic to us: travelling with our first collection to London, for example. The thought of using a markup formula didn’t even cross our minds! We were so engrossed in this new page of our life, and it was difficult to imagine osome2some as a fully-fledged business project. To be honest, what helps us most along the way is experience and intuition.

END_OF_DOCUMENT_TOKEN_TO_BE_REPLACED 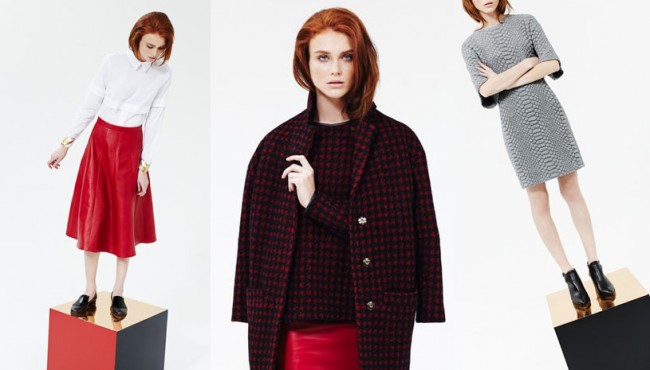 When you need something cool to wear every day, Moscow-based label I Am never disappoints. Structured without being too stiff, feminine but not revealing, balanced between funky and classic – that’s what their new fall-winter collection feels like. Double bonus points for the trendy jewel tone palette, and those snake-textured knits are an absolute must-have!
END_OF_DOCUMENT_TOKEN_TO_BE_REPLACED

The much-talked about beauty of Russian women gained its fashion momentum at the turn of the 21st century. The early 2000s saw the rise of top models like Natalia Vodianova, Natasha Poly, Olga Sherer and Sasha Pivovarova working in high fashion and commercial worlds, mixing runway shows with top-notch editorials and adverts. For all their success, they were, however, not the first Russian models to establish international careers of such calibre. If anything, Sorokko, Semanova and Pantushenkova got there first.

END_OF_DOCUMENT_TOKEN_TO_BE_REPLACED

With fashion photography on the rise globally, bursting with waves of studio and street-style photographers, it is at times easy to lose track of those talents, who are shaping the industry or are the most promising newcomers today. Russian and Ukrainian photographers do not yet possess the same widely acknowledged reputation as Mario Testino or Steven Meisel. but they are carving their own paths and building portfolios with unique aesthetics that will surely distinguish them in the future. 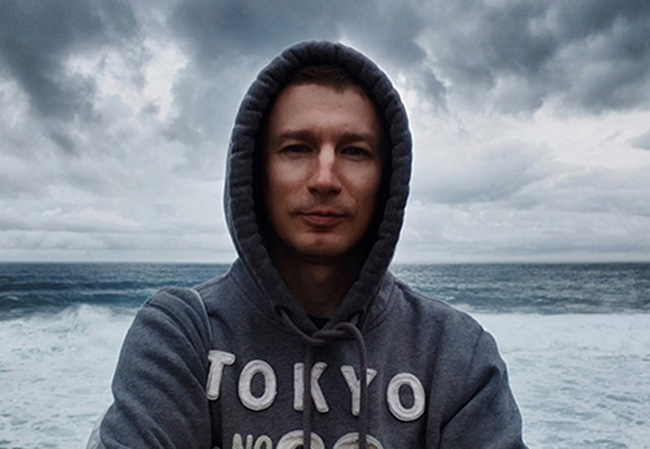 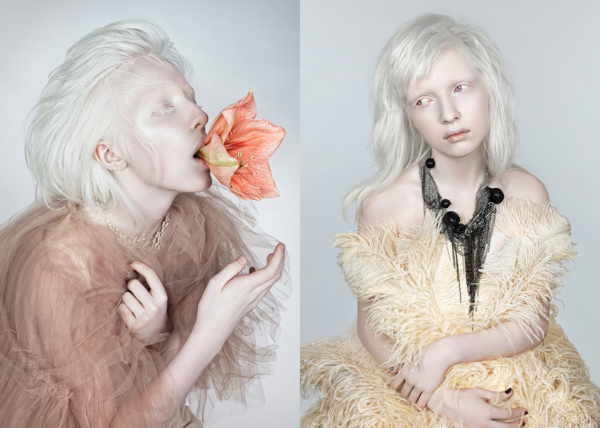 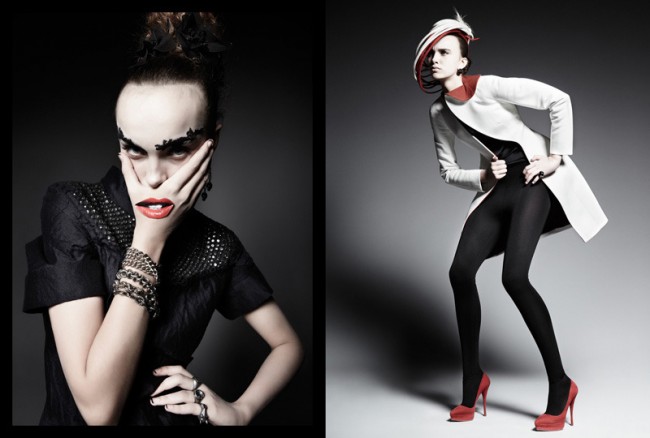 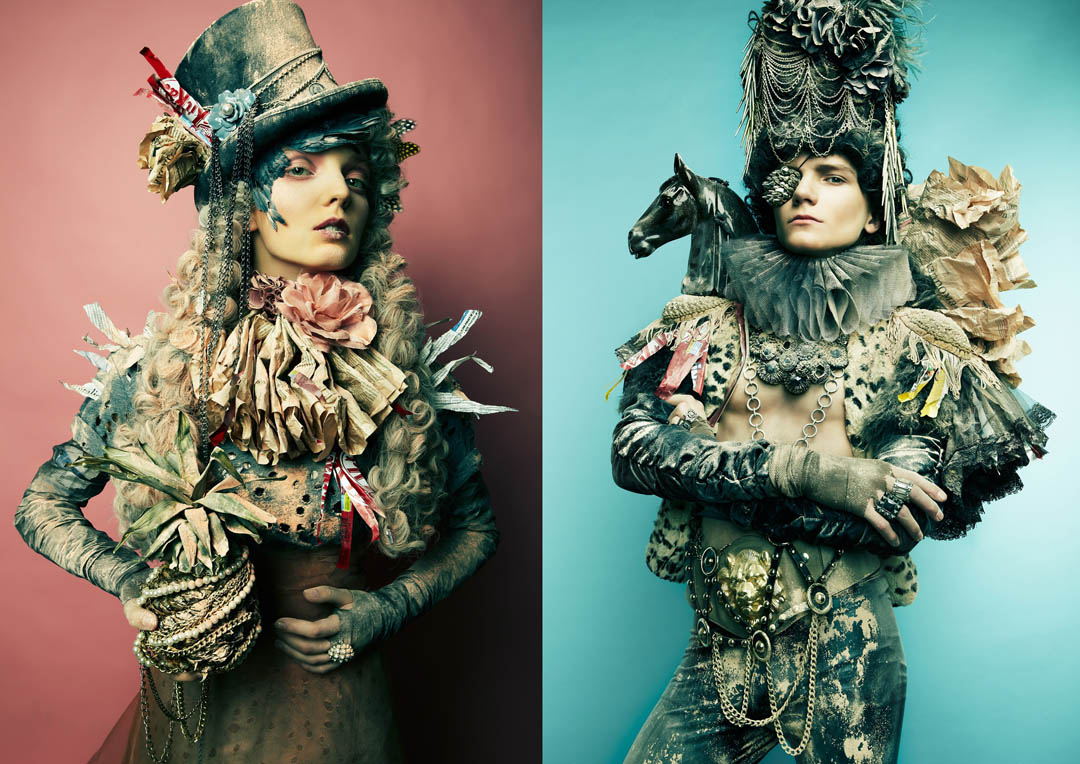 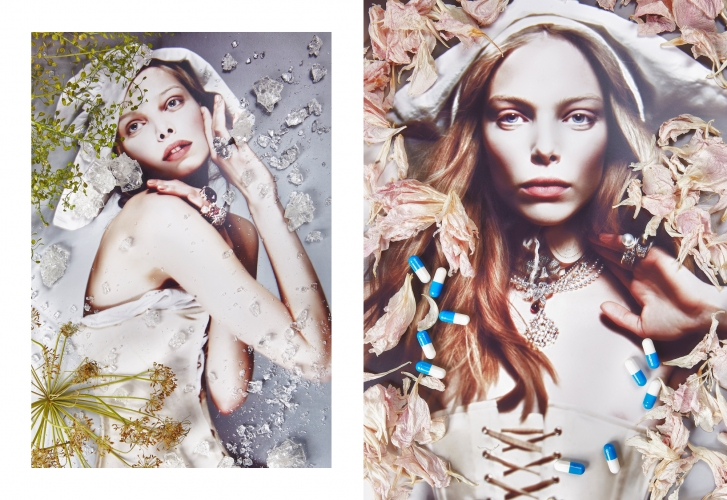 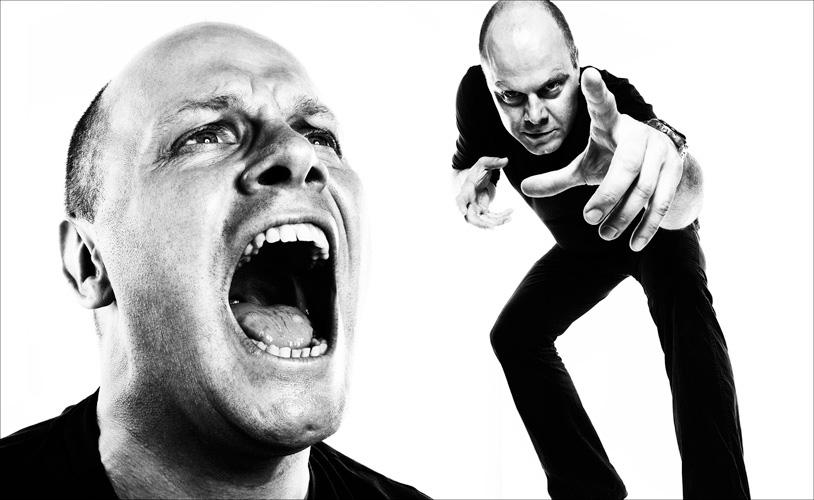 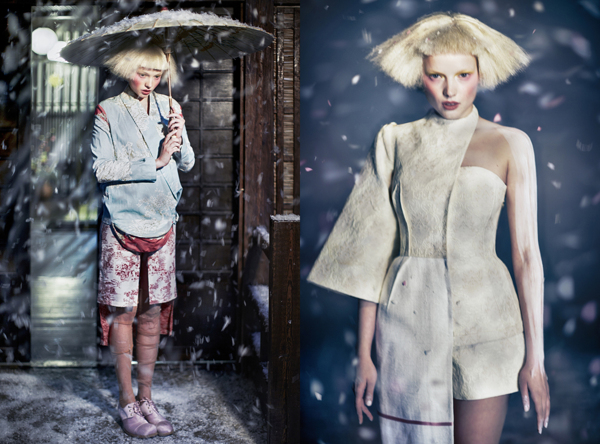 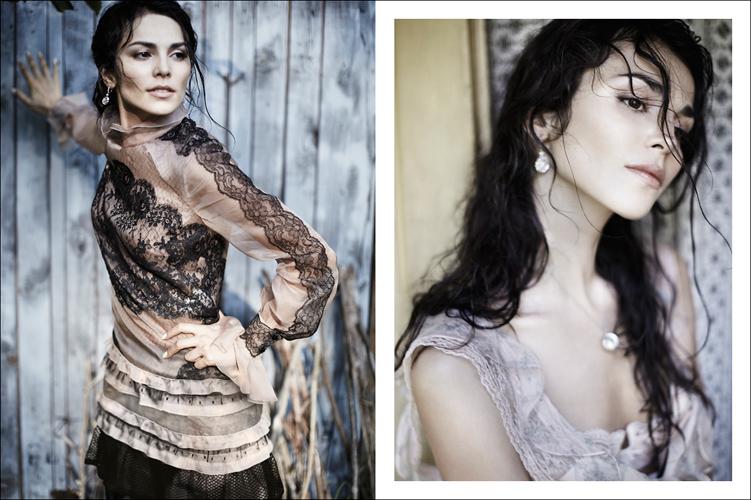 Danil Golovkin, a Moscow-based fashion photographer, is probably the most prominent talent working with Vogue Russia, Harper’s Bazaar, GQ and L’Officiel. With a background in graphic design, he worked first as a successful art director for an advertisement agency before embarking on an equally successful career in photography. Golovkin remains in high demand for his strong sense of lighting, portraiture skills and, above all, an ability to create striking images.

END_OF_DOCUMENT_TOKEN_TO_BE_REPLACED 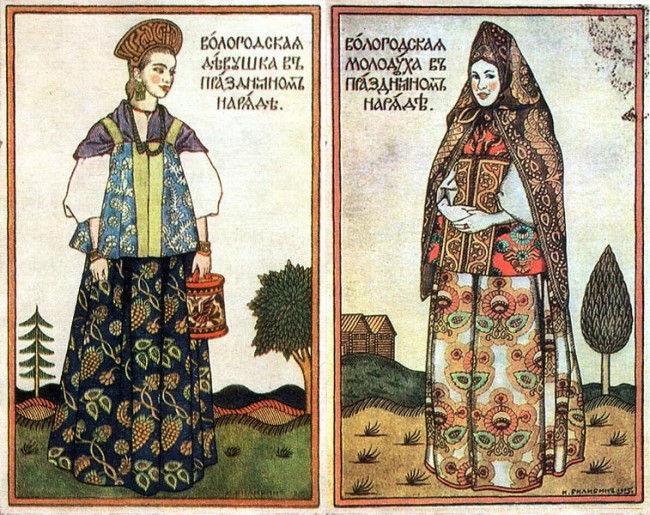 The word “sarafan” might not be familiar to many, but most people easily recall how a traditional Russian costume might look. The sarafan is, in fact, built around the concept of a long, trapeze-shaped dress that, over the centuries, went under the names of “feryaz”, “klinnik” and, finally, “sarafan”. The word itself takes its origin from the Persian language, but the clothing came to Russia from Europe back in the 13th century and survived well until the 20th century, before various changes led to their decline.

Initially worn by men, the sarafan was modified through the centuries and gradually became a wardrobe staple for women of various social backgrounds across the country. END_OF_DOCUMENT_TOKEN_TO_BE_REPLACED