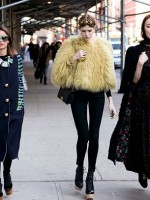 I hope you enjoy my tiny list! I have compiled it by sifting through Ulyana’s interviews with Russian magazines. 1. She could have been a top model. At the age of 15 Ulyana Sergeenko was approached by an agent in Saint Petersburg where she lived with her family at that time. Modus Vivendis, the agency [Continue reading...]

Written by therfblog on 20 February 2013 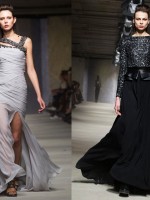 Oscar Night is about style just as much as it is about movies, and while celebrities get to wear the most fabulous gowns and jewelry in the world, it is us who is left to judge whether they look good in it. I can only imagine what a stress it is for them to pick [Continue reading...]

Written by therfblog on 15 February 2013

Written by therfblog on 07 February 2013

While Tumblr might have yielded the way to Pinterest as a game of pictures, I suspect there are still devoted Tumbloggers out there, to whom I would like to introduce my favorite blogs. 1. Nevskiypodium Simply my favorite street style blog of all times, partly for being located in the same city where I grew [Continue reading...]