I positively cannot think of another piece of clothing or accessory that would feel more “Russian”.

Kokoshniks were worn as early as in 10th-12th century and had quite a history since then. Together with other elements of traditional Russian costume they were banned by Peter the Great in order to modernize Russian social system, but only a few decades later Catherine the Great brought them back and officially made part of court dress. It is interesting that Catherine wasn’t born Russian but there was hardly any ruler ever who would have done more for Russia.

Diaghilev and the Ballets Russes fascinated the Western world in the beginning of the 20th century and so did the kokoshniks, that were often worn on stage. Silver screen stars loved this highly flattering headpiece.

I’m just wondering why this gorgeous half-crown isn’t as popular among hat-wearers today as fascinators of all kinds (which can be really funny sometimes). I think Anna dello Russo would look amazing in a kokoshnik… Would you wear something like this? 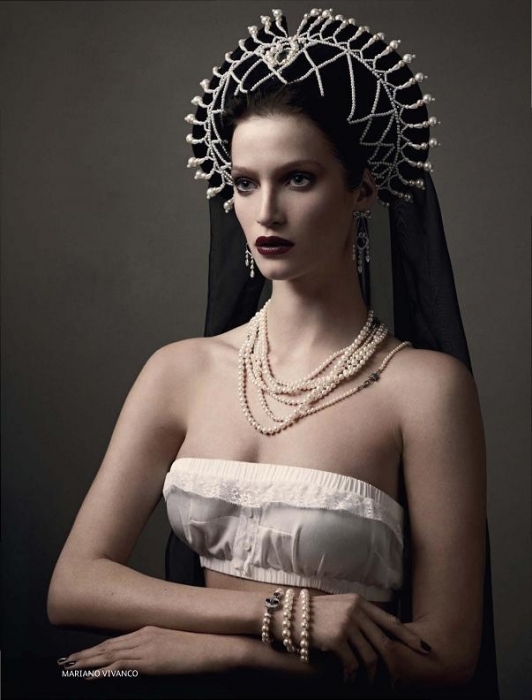 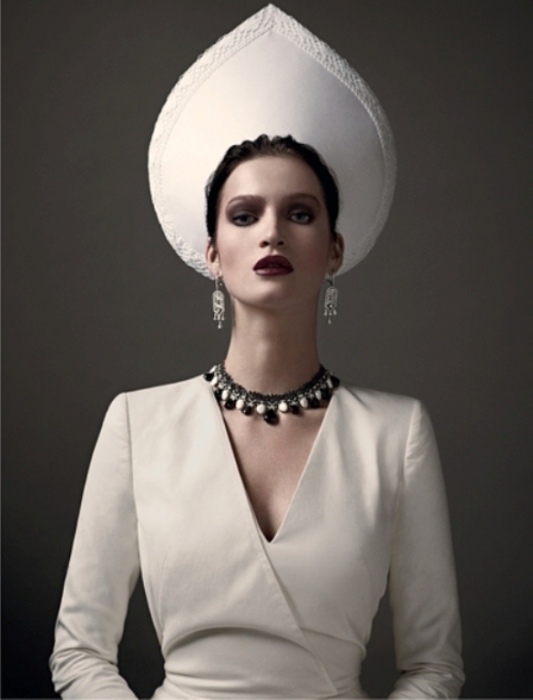 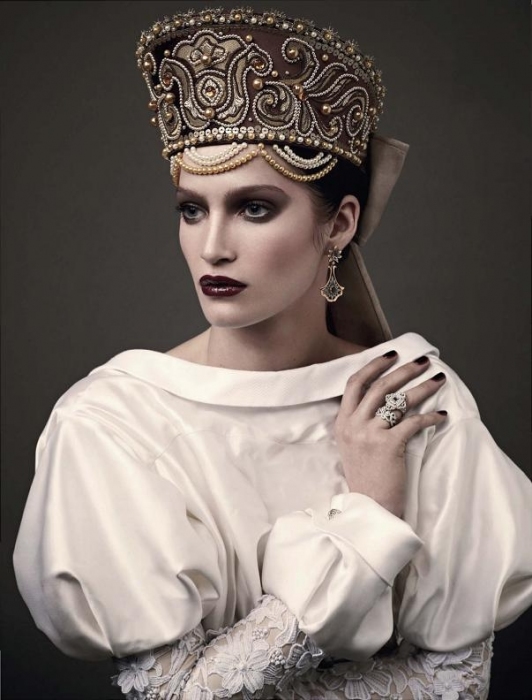 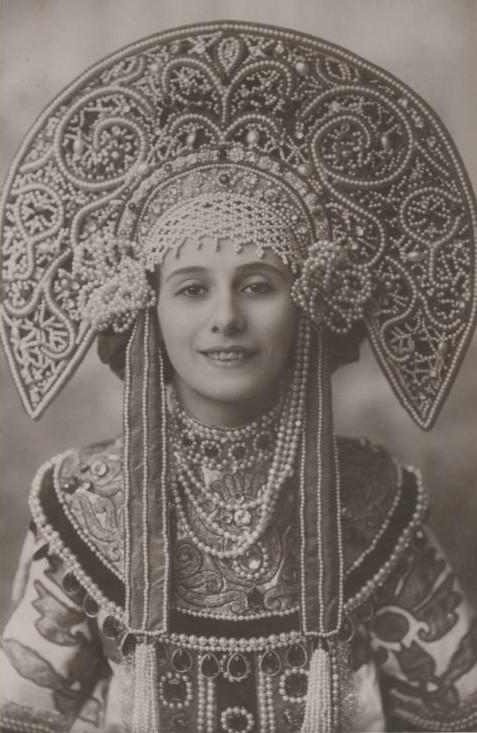 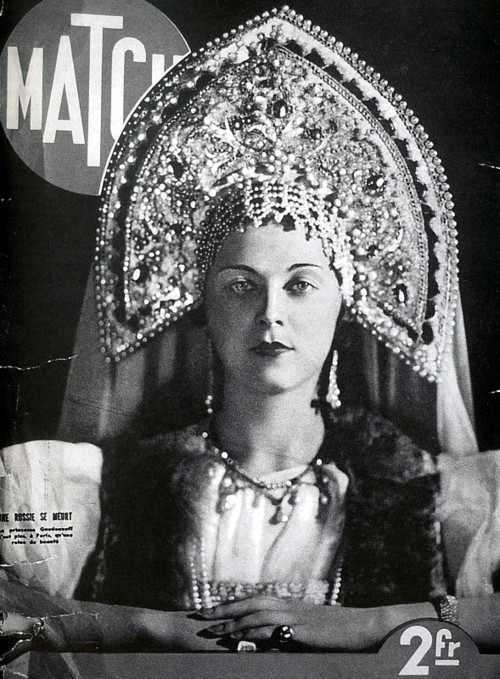